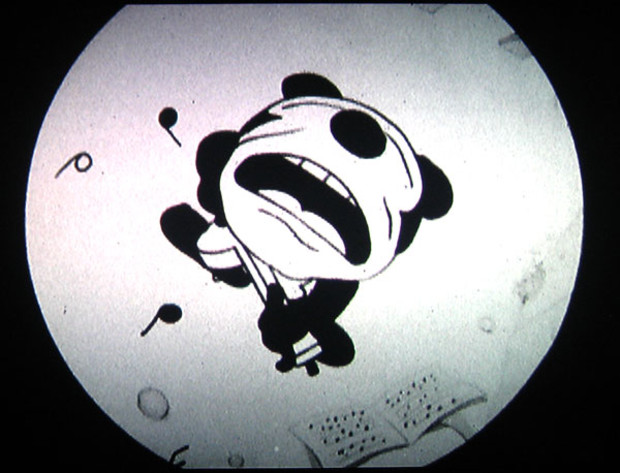 Look at that face. LOOK AT IT.

I'm just going to be honest here. Probably the main reason that I picked this Oswald cartoon for today was because I wanted to use that image as the header. But I have other reasons, too!

First off, I mentioned this in the "Steamboat Willie" post, but the goat-as-phonograph gag made famous in that cartoon showed up here first, without the aid of sound. Just an interesting note. A lot of cartoons reused gags like that in those days. In fact, they still do.

Second, this cartoon features one of Oswald's many girlfriends. Unlike Mickey, Oswald never had a steady girlfriend. This one, I believe, is Ortensia, who come Epic Mickey's release will be Oswald's canon girlfriend. But for the most part, Oswald is something of a rabbit cassanova. How much of this will carry over into his rebirth remains to be seen, but we do know this: in the game, Oswald has over 400 kids. Poor Ortensia...

Third, that close-up. My goodness, that close-up. One of my favorite bits of any cartoon ever. A little odd, but hey, I have a weird sense of humor. It really showcases how experimental animators were getting at the time.

Check back tomorrow as we return to the mouse, and meet another character who will play a big role in Epic Mickey.