1:12 AM on 11.18.2010 (server time)    0
After reading a recent post from Jim Sterling about a Tony Hawk game that I had no clue about until seeing this post and the pitiful sales numbers.

3,000? That is disgusting in terms of sales, almost unbelievable. To fall from the top being a franchise that has generated over a billion dollars of revenue since the series launch to.. well.. this.. 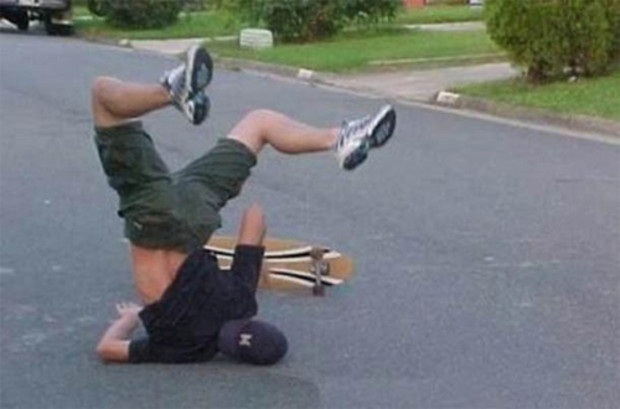 The biggest issue I have found with the series is the push towards "realistic" game play and leaving out the fun factor. The biggest downfall being that of an added peripheral to really "draw the gamers into the experience" and make you feel like your "really skating" just like Tony Hawk! When in actuality all this does is add frustration and essentially the factor of being unable to play the damn game.

No seriously please take 5 minutes out of your time to go over to YouTube and type in Tony Hawk Ride fail and you will find plenty of related videos. Even one of a kid knocking himself unconscious while trying to preform a grind. Something that used to be as simple as tapping X and hitting triangle, has morphed into an actual feat that could cause you bodily harm. Hell maybe I was wrong to judge the realism of the Tony Hawk Ride and Shred series, maybe it really is more like skating than I was led to believe.

The one thing I find the Tony Hawk series lacking these days is fun. I remember how good it felt to pull off insane combos or jumping out of a helicopter into a half pipe and getting insane air. I remember how much fun it was to play with the level editor and codes just to find a bowl to grind just as the clock is about to end to preform a never ending grind that essentially became an endurance test between friends testing who would quit first. I miss Officer Dick and Spider Man as playable characters, yes absurd and completely awesome at the same time. I loved completing the level objectives no matter how repetitive they were the fact that you threw me in a new level just to do what I did in the previous was enough for me. Simplicity is something I find lacking often in these newer generation games and I feel like this series still has life left to give, so long as developers are willing to stop trying so hard for realism and ground breaking territory and give players what they want. Simplistic, High Scoring, Super Combo, Dark Sliding, 2520, Dick Spider Man, Fun.. Especially fun.

Even though I have long grown out of my skating phase I can truthfully say to play another true Tony Hawk Pro Skater game would be amazing.
#Community    #Rants
Login to vote this up!

I am JuiceMcNasty or you can just call me Gio/Giovanni, yes it is true I was named after the infamous leader of Team Rocket -- well not quite, more of an awesome coincidence!

Don't You Ever Forget That McNasty Gets Down


Feel free to add me on Steam or PSN just shoot me a message that mentions Dtoid -- I am almost never on Live anymore so Steam and PSN are the easiest ways to get in touch with me!