Invader Attack (An indie game no one has ever heard of)

Well, today as I was reading some tweets from Notch, he mentioned that an indie developer called him out for being a part of a large scam and was in cahoots with some really really, really, bad dudes. Dudes so bad, I had never even heard of them. In the end, the poor fellow just seems confused and was talking out of his rump with no thought about it.

As it turns out, CoderGames (AKA Aleksandar Vidakovic), is looking for some more reviews for his ten dollar masterpiece; Invader Attack. I figure I'll give the demo a shot and see what happens:

Invader Attack is simply a twist on the old space invaders formula, except this game is no where near as fun. Considering what this game attempts to emulate, I won't gripe about minor details, unless they have a massive impact on the gameplay itself.


One of the two demo videos

Let's start off with a nice list of everything this ten dollar work of art has to offer.

The features (taken directly from the site):

And how was the game really you ask? Well about that..... 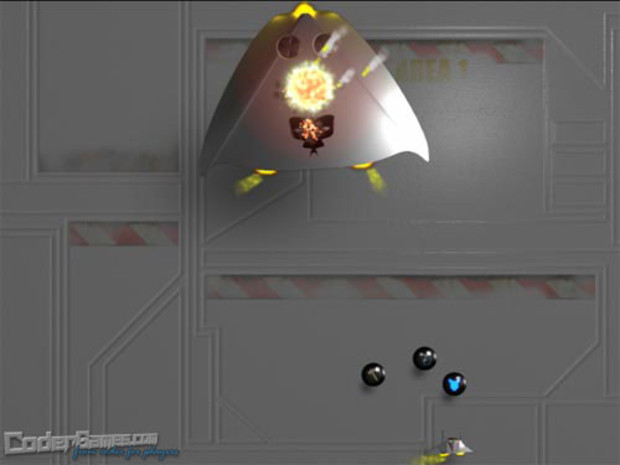 Everything is such a nice shade of grey, isn't it?

Tl;Dr:
In the end Invader Attack had a lot of potential, it really did, but it fell flat everywhere, I would more than happily let a lot slide if it was a free game that was merely a hobby project from a developer, sadly, its not. This is indeed a commercial product, and one that is supposed to be sold for nine dollars, and that alone is the final nail in the coffin.

If the full game was released for free I would be happy to give the game, flaws and all a very nice: 5.1/10

But since it is a paid, fully functioning commercial product, I have to give it a score to reflect the price, the low, low, low, low price of: 9/100

*Note all images were used liberally without permission from the codergames site, seeing as I could not stand the game long enough to take my own screenshots.
#Community    #reviews
Login to vote this up!