PAX 2010 - A Comprehensive and Funktastic Look Back! 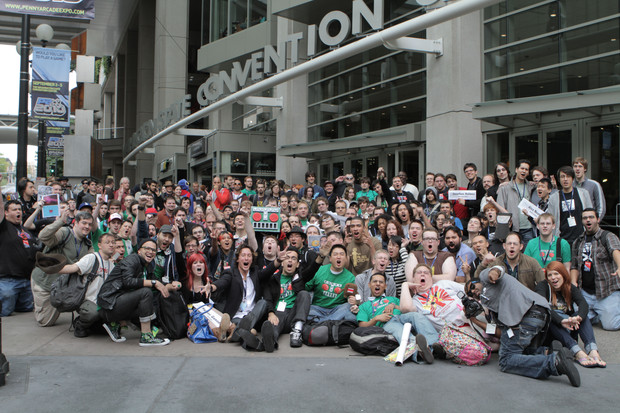 Well, that’s it. That was PAX 2010 in a nutshell I guess. I almost certainly left out some people I should’ve given shout outs too, or details about games people wanted to read about, and probably some pictures people really wanted to and for that, I apologize. But hopefully this 15 page block of text gave you something to read on the weekend, and hopefully all of you can make it out to PAX again next year.

I just want to leave you guys with some final thoughts. While not everyone may know everyone, or even like everyone for that matter, Destructoid is a community that pretty much is a family. We all share a common interest and I’d like to see any other video game site bring people from around the world together like this one does. I find that a lot of us don’t realize that this truly was all possible due to Niero following through on his dream, and while not all of us may realize that and thank him for that, I think he wouldn’t have it any other way . . . so long as all of us are having a good time. Some of you newer folk don’t know this, but the man sold his house so he could keep Destructoid alive and independent, prior to having Dtoid HQ, can any of you really say you’d do the same? He also bought drinks for everyone on Suiterday like it was nothing . . . Niero, for all your dedication, hard work, and generosity, I thank you on behalf of every single community member, and all of you best be saving up now, so you can have a grand old time next year! Until next time, latez mates!

P.S. Expect a plethora of “A Compulsive Collector’s Haul” blogs in the next little while as I’m like backlogged 2 – 3 months! >_<
#AboutDestructoid    #Community
Login to vote this up!