(Made this list for the "new" Destructoid, but never got it to look right to upload. Last list for a while.)

It’s always seemed to me like some of the most awesome characters have been able to measure their awesomeness by the length of their flowing mane. This list will include both villains and heroes. One very notable exception will be Solid Snake- those of you who watched the prologue videos to Metal Gear Solid will remember the massive hair he had, but his trademark look had it trimmed closer to military precision, so he doesn’t count (sorry). Also, there will be spoilers. You have been warned. 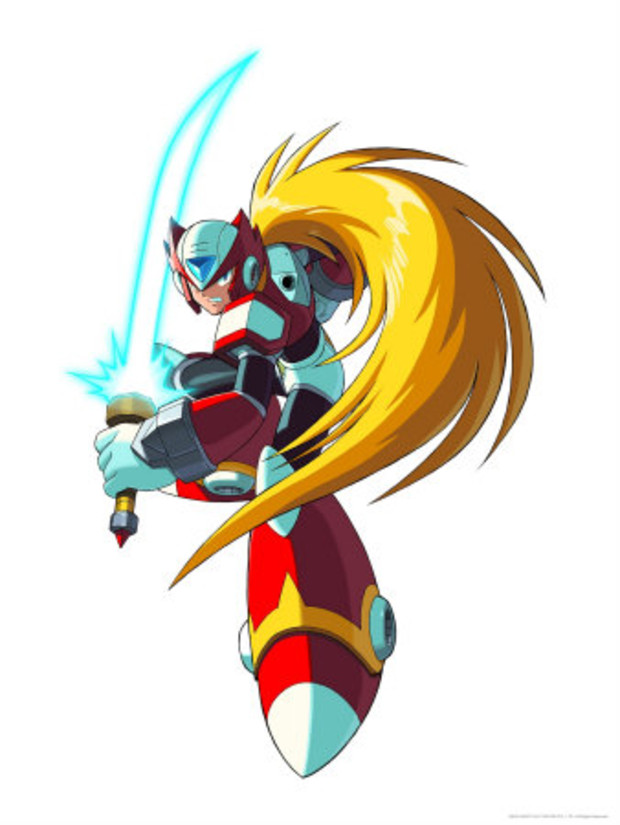 The ultimate ponytailed badass. The ultimate Maverick hunter. The original Maverick. The carrier of the virus that destroys the world. The self-sacrificing savior reploid. Zero was many things, including the inspiration for my own recently removed pontytail, but he was first often thought of as Mega Man X’s sidekick. Then he died in a grand act of sacrifice. Then he was rebuilt and back to being awesome. In X3, he could put in an occasional appearance, but it wasn’t until X4 that Zero was given one of his two best stories in the X series. Introduction of a love interest, playability, and the use of animated cutscenes give more depth to the saber-wielding warrior, and unlocking the black armor just makes him look even cooler. Zero’s original nature comes to the fore in X5, after the colony Eurasia falls to Earth and unleashes a modified virus, either transforming Zero into a Maverick of fully “awakening” him, making him evil yet still awesome. The canon ending for X5 showed a self-sacrificing Zero destroy the last remaining fragment of Sigma, and X carrying on as a Maverick Hunter. I follow the idea set forth by Kenji Inafune, the series creator, and like to end the X saga here. I don’t have anything against X6, 7, and 8, as well as command mission, I simply prefer the clean wrap up that X5 presents. Regardless of whether there is an X9, made, let’s jump to the Mega Man Zero series, focusing solely around, well, Zero. Finally getting his own starring role, a rebuilt Zero must finish the mission he began to protect humans. After combating a clone of Mega Man X, a madman named Elpizo who destroys the real X’s body, a reploid named Omega that occupies Zero’s original body, Zero commits an act that goes against his very nature, he must kill Doctor Weil. Killing a human, no matter how evil, contradicts Zero’s sense of duty and would have him labeled a “Maverick”, but Zero places his duty to humanity above all else, and sacrifices himself one final time in order to conquer this last evil threat. Zero was a character of nobility, pride, and untold power, yet was constantly at war with himself over his destiny. Originally a creation of Doctor Wily to help conquer the world, Zero gave his life to save it, and looks awesome with his ever-present ponytail blowing in the wind as he kicks ass.
#Community
Login to vote this up!