Seasons Beatings Redemption is a week away! 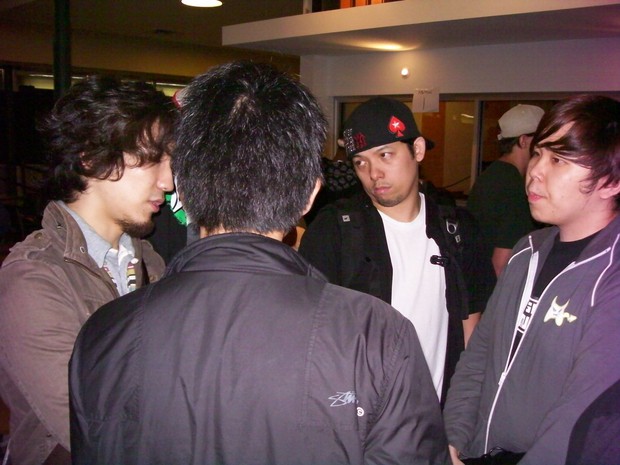 Next weekend, MoMo's2 in Columbus will see some of the biggest fighting game action this side of EVO. I'm going to be there lending equipment and help, and you can be sure that I'll be posting updates and photos right here on my D-Toid blog.

Some of the bigger things going down will be the five-on-five USA vs. The World match in Super Street Fighter IV. Justin Wong will be leading the US Team, which will include Arturo Sanchez, Mike Ross, EG Marn, and Eduardo "vVv Scrub" "PR Balrog;" who will face the combined might of the International Team, lead by none other then Daigo Umehara, who will command fellow Japanese players Momochi and Choco Blanka along with the Taiwanese Gamerbee and Starnab from France.

Seasons Beatings has also been rightfully known as "the Mecca of Marvel," and with Marvel vs. Capcom 3 on the horizon, SBR could be the last great showing of Marvel vs. Capcom 2. Past Seasons Beatings gave us a new meaning for Pringles, and last year saw the infamous $13,000 money match. Who knows what kind of crazy shit the Marvel faithful will pull off as a fitting sendoff.

Along with that, there'll be tournaments in Super Street Fighter II Turbo, X-men vs. Street Fighter, Street Fighter III Third Strike, and Ultimate Mortal Kombat 3... all on actual arcade hardware. Along with action on the PS2 with Guilty Gear XX Accent Core Plus and PS3 action with BlazBlue CS and SSFIV. Not only that, there'll be plenty of sides in titles like Melty Blood, Tekken 6, TvC, and others. I'm hoping to get a TMNT: Tournament Fighters side going myself. Hell, I'm bringing in four Capcom Fighter Power Sticks for the weekend.

Since not everyone can make it out (and pre-reg ends Monday), Team Spooky will be producing the live stream of all the major action during the weekend. Last year's broadcast had Justin's dramatic upset over Daigo and the tournament winning comeback. So take it from me when I say it's worth keeping an eye on.

Anyway, keep updated with the official thread, the main site, and the Facebook page.

See you next weekend.
#Community    #Industryevents
Login to vote this up!

An aging hand at all of this, from the Golden Age of the 2600 to the networked crap of today. Been there, done that, wants more.

* Once had aspirations of becoming an Apple // software pirate (What? Like you were never 14...).

* Has attended at least two conventions a year since 1995.

* While working at Micro Center's distribution warehouse in the summer of 2000, witnessed over 200 copies of Daikatana set to be shipped to one store and one store alone.

* Was once paid in parts while working at a small computer repair shop.

* Co-Accepted the Origins Game of the Year Award for Hackmaster.

* Perhaps the first man in North America to cosplay a character from Cave Story (the Doctor).

* Once played Street Fighter the Movie: The Game on a PS3 that never worked properly since. The game became known for it's destructive properties.