10:45 AM on 10.05.2010 (server time)    0
This should have been a little Review on Silent Hill: Shattered Memories, but I really just want to communicate my general impressions, so I won't call it a review. 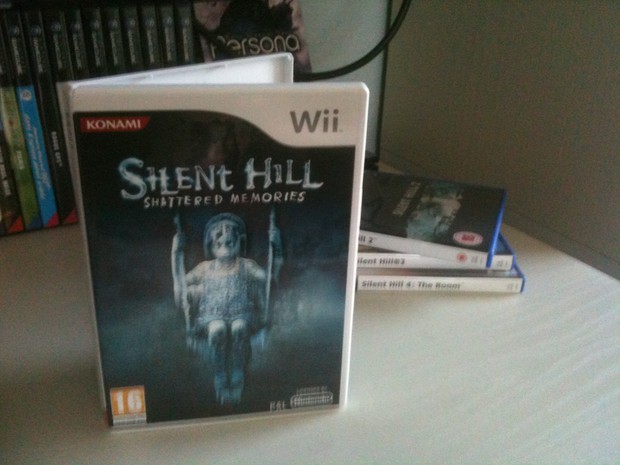 I was positively surprised by the game. It was short, yes, but that was exactly what I was expecting and actually hoping for. What I didn't expect was a fairly innovative take on certain mechanics and story-telling. While I won't go into the second part too much, for obvious reasons (spoilers...), I want to tackle the mechanics for a bit.

The fact that there essentially is no combat in the game really intrigued me. Rare are the games where the player does not have to kill hundreds of Alien/Terrorists/Monster/Younameit, so I think videogames that don't walk that path and try to do something different deserve my attention. Instead of combat, the game focuses on two things: Exploration and Escape.

The Exploration part of the game is pretty much the one of the best I have seen in a very long time. There is no pressure and I could really take my time and look at all the details that can be found in the environments. The graphics are impressive, especially the shadows give this game a very special feel to it. I was really impressed by that attention to detail and how the world works in favor of the setting and the story. It is also important to note, that the dialogues and characters are well written. The sessions with the Psychiatrist are the absolute highlight and kept me intrigued for quite some time.

When monsters pop up, you have to run from them, since there is no way to actually fight them. It's here that the game stumbles a bit over it's own feet. Figuring out where to go is sometimes really hard and the motion controls only work if they feel like it. It can get quite frustrating, but thankfully, this only happens in isolated instances of the game, so there is no intermix of escaping and exploring your environments.

So, Silent Hill: Shattered Memories is different, but mostly in a good way. Since it is not really a horror game anymore, but more of a Psychological Thriller (Now, that would be an interesting genre), the next time, the developers could also get rid of the escape scenes and instead give the player more choices. An expanded dialogue system would actually make sense. The length on the other hand should be kept, since it helps keeping the concept fresh and the story focused.

A definite Must-Play for those, who want to see what can be done with this medium.
#Community    #Rants
Login to vote this up!