"Haul" stuff from the past 10 months, Skies of Arcadia FTW Edition (pic HEAVY)

*cough* shamelessly copying funktastic here's a "haul" blog, though I suppose I've done it afore as well. Lot of spiffy stuff.... I dunno what to say really ontop of that so I'm just gonna start with the pictures :P Oh and I'd like to apologize in advance for my shitty photography skills and worse camera :( Due to the blurryness using flash is my only option :/

Startin off with some PC Games! This an order from knight discounts, (cept for diablo). Sealed when I got em but not anymore.
Evil Genius - Evil Genius crime simulator? Wouldn't really call it an RTS, it's a lot of fun though ;p
Gunman Chronicles - oldschool fps, not amazing but still I like it quite a bit.
Invasion Earth - Haven't played it yet
Overlord II - everyone knows this ;p probably should finish the first one first :<
Gunmetal - Mechs \o/ haven't booted it up yet. 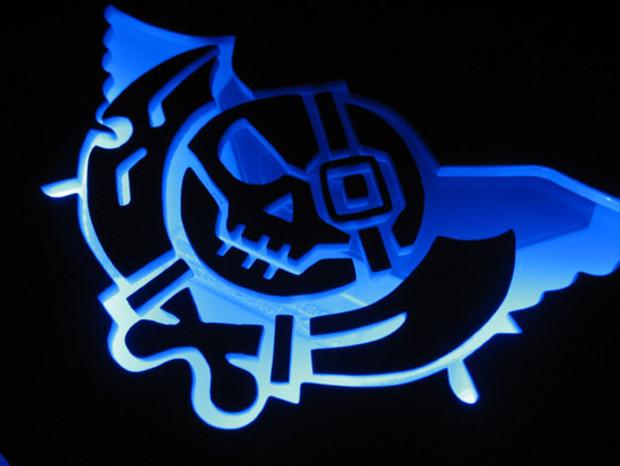 Since there has been some confusion in the past over the custom stuff I've gotten I want to stress that I DID NOT MAKE THIS. I provided the idea, the cash, and some crude ms paint drawings outlining what I wanted that was it!

Rai (also platinumfungi) is the one who made this, here's his site. Linkage

Here's a youtube video he put together (the song is Aboard the Little Jack if I'm not wrong).Video Linkage

Skies of Arcadia is an amazing jrpg originally for the dreamcast and then later received an enhanced port on the gamecube. It is my favorite game and I love the hell out of it, if your interested in reading or watching a little about it I have some videos going over it (warning, my voice is dry sorry if the vid is boring/crap :*/). It's missing a lot and it's not amazing but that's because Skies of Arcadia is that epic!

*PHEW* That was a lot :P Gonna post it now and proof it later :< I R LAZY
#Community
Login to vote this up!