11:37 AM on 10.01.2010 (server time)    0
As I said, as of late my time management skills have been completely shit. Yesterday in some weird effort to pump it out, I threw up a Dead Rising review...a very unpolished as far as grammar is concerned review of a 4 year old game. Thus, the 360 FNF suffered and I concentrated my efforts elsewhere and while I felt I needed to pour my heart out I feel I should stick to writing stuff early in the week so getting as many people as we can playing with us on Xbox Live NEVER SUFFERS! 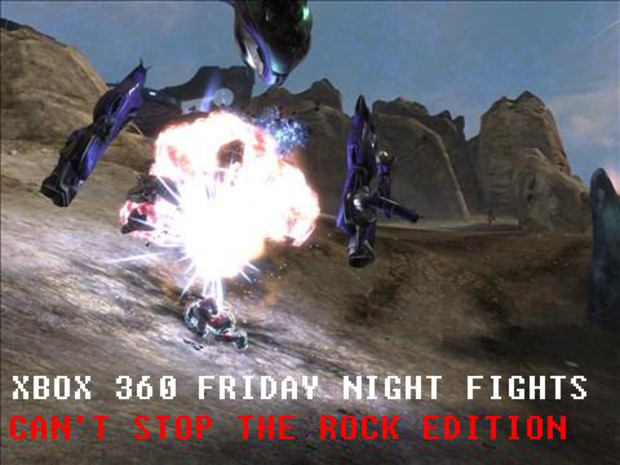 That's just how I, garethxxgod, roll!


Tonight I'm gonna throw a wrench in the works. I'm gonna play some Left 4 Dead 2 in prep for The Sacrifice. Difference is, it's the appetizer for the main course. Reach. If I had my way, we'd jump inbetween both but noooooooo we caaaaannnnn't. Either way, Reach will be played alot as Corduroy Turtle's Brometheus Map makes it's debut on the FNF. As much as we appreciated his last map with the giant Boner in it (seriously, you need to take a picture of it for a future 360 FNF banner) this one is preported to be even more epic but sadly for Mr. Andy Dixon, Boner free. Also, incase anyone missed it, my brother was given a free copy of Halo: Reach from my friend James (Derbyson). I think it's a loaner for now but still that's incredibly generous of him to do that. Sure he went out and bought a Reach bundle but now it means Marcus can stop sneaking in to my bedroom and taking my copy of Reach. It's not like I even protest him borrowing it, but when you're doing it frequently you might as well get your own copy!

Remember, if you want to host a game or join a game let me know so we can get it out and people have enough time to organize where we want to be. Sorry again for the lateness. Games have been kicking my ass and my time management skills have been rather lacking but I'll try and fix that for next week.
#Community    #Xbox360
Login to vote this up!