It was the last few months of my senior year -- it was actually my second senior year, if you wanna nitpick. I um. Kept putting off Phys-Ed class because I hated it so much, and wound up having to make up some credits -- I was eighteen, and my classes were all really easy. I think I had two free periods, and I was able to leave campus when I felt like it. Cruisin', basically.

It was around this time that I demanded my friend Tim let me borrow his Game Boy SP. I needed something to occupy my time. He obliged, because he'd just gotten a Nintendo DS, and loaned me all his Game Boy Advance games, including The Legend Of Zelda: The Minish Cap, which I proceeded to play nonstop until -- and during -- graduation. 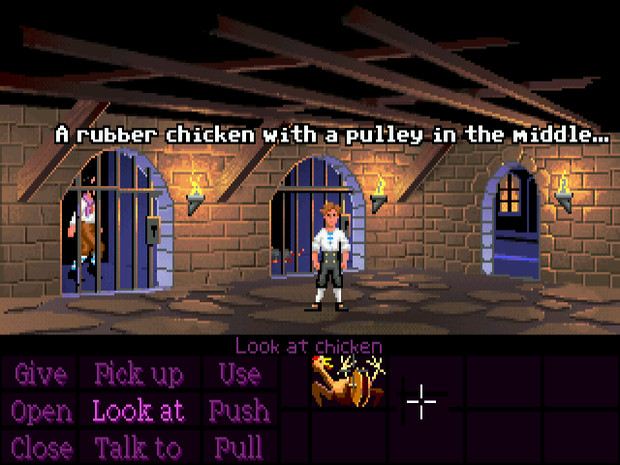 I watched him give his speech. Then, I realizing I could listen without looking at him, I went back to playing Game Boy, but continued listening. I don't remember exactly what he said, but it was funny. It wasn't your typical "you can accomplish anything speech," it was more "I'm really surprised they asked me to do this."

That was a little over five years ago. I was sitting at my high school graduation with absolutely no idea what I wanted to do with myself, playing Zelda, and listening to Tim Schafer talk about his teenage years.