The graphics look sharp and worthy. Special attention has been paid to character models and lighting. Animation is smooth albeit not "Uncharted 2" smooth, mind you. There's a point where an enemy strikes Gabriel (the good looking protagonist dude) away from herself and he prevents being blown further away by sticking his blade-cross-thingy into the ground to halt himself and after the dust had settled, I didn't see any marks left where the cross had been shearing through the ground. This may sound like nit picking but bare in mind that this is a cutscene and every detail counts, especially at a close-up like that and with a Cutscene-Freak like Kojima overlooking the project. But I guess this is still nit picking. They look great. 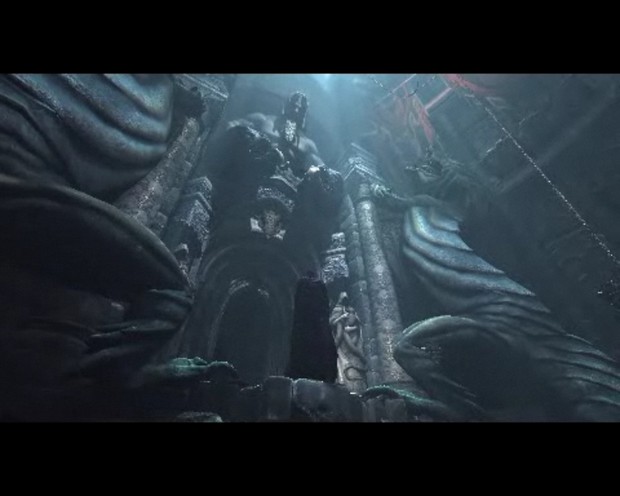 To conclude, as the above video shows, the game looks polished and interesting. It's a balanced and expert combination of what made top-tier action/adventure games like God Of War, Devil May Cry and Prince of Persia winners and it still keeps the golden flare of what makes the classic Castlevania games still special in our hearts. It has also promised "A Good 20 hours of gameplay" which is pretty impressive. Heads will definitely turn no doubt. Castlevania fans (including me) will definitely gobble this up like it's pure gold and gamers who haven't had prior Castlevania experience will probably struggle to find a better action/adventure game to beat until the end of 2010.

Castlevania: Lords of Shadow will be released on the XBOX 360 and PLAYSTATION 3 on OCTOBER 5th in North America and OCTOBER 7th in Europe. My suggestion is, pre-order if you can. You most likely won't regret it.
#Community
Login to vote this up!