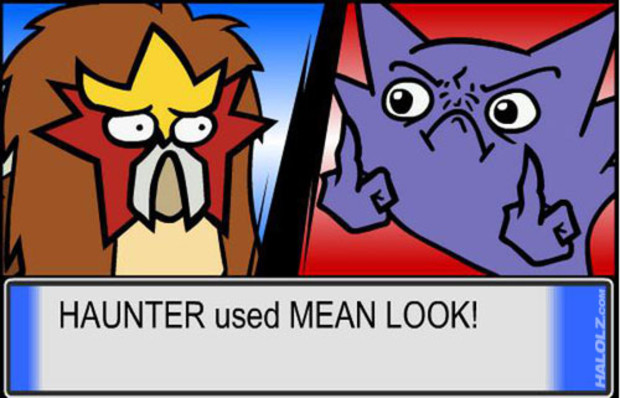 It's Monday, September 27th and after about 55 hours, I have completed the Johto half of Pokemon: Heart Gold.

For those unfamiliar with the series, Johto is basically the continent housing the first half of the game. I can honestly say that although I've invested a full 55 hours into this (some time may have been from idling on Bulbapedia looking up move sets), I'm showing no signs of stopping. Hell, I plan on breeding a whole new set of Pokemon to bring to Kanto (the other half).

I've never completely understood what has always brought me back to that same Pokemon formula which has been repeated in each game since Red and Blue. Maybe it's that sense of progression that at least I feel when I gain that next level or earn that next badge (or in my case even, breed that perfect cock-fighter). In fact, thinking back on it, the only real problem I've had with the series is the 'garbage' Pokemon that don't really serve any use, which can take away some originality between players (oh and ghost-type attacks can't hit normal anymore, what the hell). For example: Beedrill makes me hard, but if I ever dare use Beedrill I will probably get my teeth served to me on a stone plate. But hey, it's Pokemon, not an MMO or anything.

As far as Heart Gold and Soul Silver go, this will be the last one for me. Unfortunately I can't stand the new series' Pokemon models (Black and White). They're starting to look more like Digimon. What would really get my nipples erect would most likely be a full 3D Pokemon rpg, if that's even possible.

Next week I may bring myself to perform a fourth playthrough of Batman: Arkham Asylum just so it's still fresh in my head, expect a full report by Monday. If the community has any suggestions on games you feel I won't be complete until I have played, speak up so I can expand my experiences.

In the readers' opinion, what brings us all back to Pokemon games despite our age? Is the series growing stale to you?
#Community    #DS
Login to vote this up!

Hello internet. I have boldly decided to expose myself to the blogging scene in hopes of brushing up on my writing skills. Feel free to critique whatever I have to say with your honest opinion, that's what I'm all about. Expect regular updates on what I may be playing in the near future (regrettably Pokemon Heart Gold) and a completed 'about me' section if anybody dares be interested.