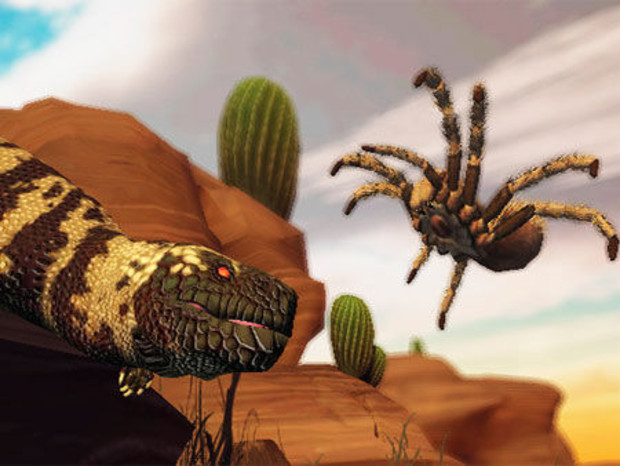 This game has a great variety of terrifying hissing noises in it.

I mean, that's sort of like if there was a subplot in A Bug's Life about two humans having a picnic and discussing their failed marriages. I'm running around being a tarantula and after every level there's a cutscene with Billy-Bob Thornton talking about treasure-hunting.

So, my point is, basically that... Well, I'm a human being pretty much every day of my life. And when I play video games, it's cool that I get to be a human being with super powers or machine guns, or a robot that looks like a human or whatever... But why the hell can't I be an anaconda or a falcon?

Better yet, why can't I be an anaconda with machine guns? I guess there's just no demand for video games that awesome. In the meantime, I'll just cross my fingers and hope Tokyo Jungle gets shipped stateside. And hopefully with a translation so I can figure out why you play as a Pomeranian in a little sweater.
#Community    #Rants
Login to vote this up!