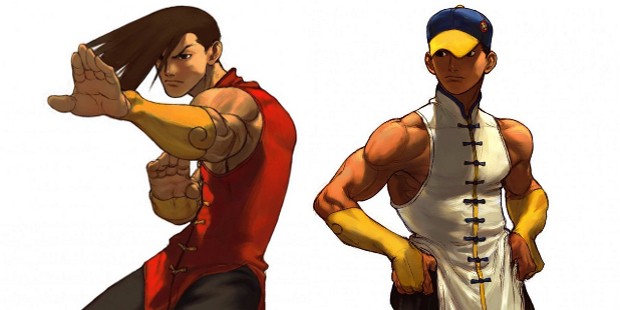 Word has started to spread onto Kotaku and a handful of other notable game blogs about a post at EventHubs concerning Super Street Fighter IV Arcade. Among the changes that apparently are confirmed from a number of test locations are some move changes, such as Cammy's normal moves are easier to combo with now, but Tiger Knee (instant) Canon Strikes are no longer possible. Which PISSES ME OFF.

But more importantly, those test location cabinets apparently have two new characters: Street Fighter 3's twins, Yun and Yang. Now, this is good for me for one reason: one of my Street Fighter 3 characters was Yun (who I admit I originally picked because I liked his hat), so having him in the mix will be nice to see. Still, though, would be nice to get Skullomania in. Or are we still pretending the EX games never happened, Capcom?