PAX 2010: The Last Hours on the Floor w/ Fluidity and Raskulls


It's an odd state to be in when you've only got less than two hours left to play games on the show floor, because you still want to see things that you haven't gotten around to seeing yet, but you also don't want to wait in line and burn the precious little time you have left. So the last hours on the PAX show floor tends to be filled with games that are "hidden gems" of sorts. Games like Nintendo's Fluidity. 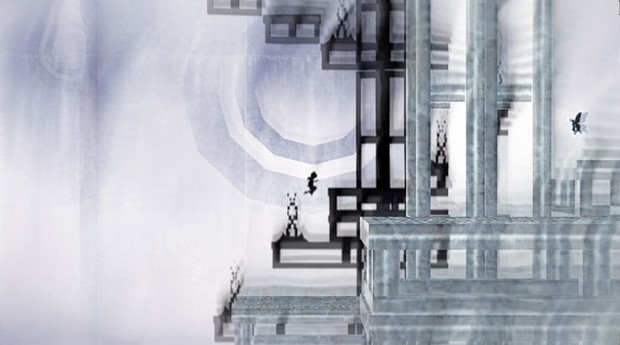 The next game I played was Lost in Shadow, and the people I talked to seemed to really like it, but what I played was just incredibly easy and boring. Your character moves very slowly, he jumps realistically, you can occasionally move things in the environment to a turned/unturned state with the Wii remote, and attacking was short-ranged and a little stiff. And it's not like I revel in disliking games: it's actually kind of sad that quite a few people I know really liked this game and I didn't. I dunno, maybe it's just not for me.

Not that there isn't potential for the concept: I'm hoping that later levels of games have more complex mechanics, such as moving light sources to make enemies larger/smaller, but I didn't really see any of that in what I played. I've still got some hope that the game will introduce more clever mechanics than the ones I saw as it's progression goes on.

Yeah, I didn't like that game much, and I certainly wasn't going to end my time on the show floor on that note, so I played the Castle Crashers arcade machine, which was totally cool. And then I got in a few more rounds of Super Meat Boy before they kicked us out. I couldn't help but get my hands back on that game one last time.