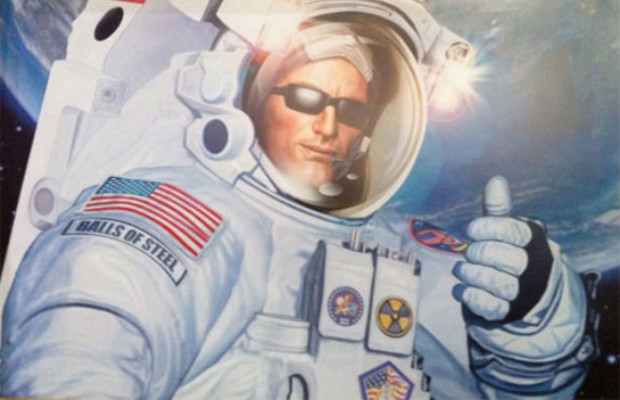 So, you thought the Gearbox/Duke Nukem marriage was a one-time deal? Well, so did I, until this news came out from Gearbox's last panel at PAX Prime 10: Gearbox Studios, not 2K or Activision Blizzard or anyone else, has bought the rights to the Duke Nukem franchise. The whole thing.

According to a press release Joystiq has apparently seen, "Gearbox Software announced today that it has acquired the full intellectual property rights of the 'Duke Nukem' brand including Duke Nukem Forever and all future projects in a cooperative deal made with 3D Realms." However, that's not all: "The first product to be available under the Duke Nukem brand will be the long awaited Duke Nukem Forever."

That all seems to indicate that, nope, this isn't the last time we're going to see Duke. Does it mean we'll see some of the many missing-in-action Duke games like the rumored Duke Begins Gearbox was developing or the Duke Nukem Trilogy for handhelds that's in limbo? Who knows. But always, always bet on Duke.

Me? I can't wait for Anthony Burch's writing debut in Duke Nukem Forever 2: Duke Harder coming summer 2013 to the Xbox 360, PC and PS3. Feel free to start spreading that rumor right now on Twitter.
#Community
Login to vote this up!