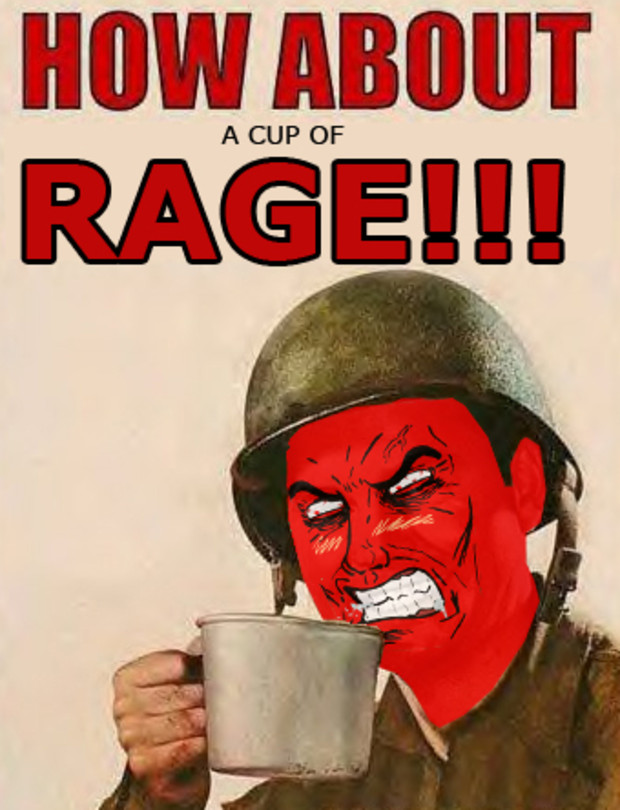 I've been on Destructoid for quite a while now. I like to think I used to be pretty well known, but possibly not as much within the last half a year or so. I became one of THOSE GUYS who think, "man the cblogs sure are terrible, people should write more interesting stuff" but then doesn't do anything about.

So here's me finally doing something about it. Welcome to Ryu's Retro Rage Roundup. In short, I play either frustratingly bad games, or impossibly hard games. Then on a semi regular basis I will update you on the game as I play it, and try to add insight on whether or not the game is actually terrible or hard.

Because I'm letting YOU CHOOSE THE GAMES DESTUCTOID!

Yeah I must be a total masochist, but if I'm gonna make this any fun and also not have to think about what game to play each time cause I'm lazy, I'm going to allow you to choose what games I play and talk about.

I guess you guys could also play along at home, but honestly why the hell would you want to.

One Game is a vote. The game you suggest does NOT count towards a vote total. I suggest you wait to see how voting goes or the other games people suggest before you vote on a game.

EACH PERSON IS LIMITED TO ONE SUGGESTION, AND ONE VOTE.

321GoCast hosts get double voting power. Why? Because they'll have more fun seeing me suffer since they know me better. Trust me on this. Hosts include JohnnyViral, Analoge, Tactix, Crocbox, Cataract, and just for the hell of it King3vb0 and Stella Wong even though they aren't really hosts. HOSTS CAN ONLY VOTE FOR ONE GAME TWICE, NOT FOR TWO GAMES ONCE.

Every wednesday night I will put up a thread. This thread will be where you put in your suggestions. This current thread is the first thread but please read the rest of the rules before posting your suggestions.

Every new post will have a specific console and whether or not I want a hard game or a bad game. OR BOTH.

THIS WEEK: YOUR CONSOLE CHOICE IS THE NES.

I WANT A HARD GAME.

Ryu's Suggestion: I bet you're all going to make me play some form of battletoads eventually, so why not get it out of the way. No need to listen to me though. Yes this counts as a suggestion, but I will not allow myself to count as a vote. That just wouldnt be fair.

I want to move this to the modern era eventually, but acquiring modern games is expensive. So don't expect me to be playing Demon's Souls any time soon.

Anyways, hopefully these won't be as ramble-filled as it is now since I won't explain the concept in so much detail every time.

Starting from when this post goes up, you have until 10 PM EST tomorrow, that's September the 2nd, to get your suggestion and votes in.

Remember, it must be a game for the NES, and you must consider it to be HARD, but not necessarily BAD.

We'll get to those types of games eventually.
#Community
Login to vote this up!

Kind of obssessed with wrestling lately, but been a huge gamer forever and a day. Started out on an original NES action pack, mario bros and duck hunt combo cartridge woo! Been flying nerd status ever since.

You can catch me Every Sunday at 5:30 EST for 321gocast, the unofficial community podcast where we talk about games, movies, comics, anime, whatever floats our boat.