5:29 PM on 08.25.2010 (server time)    0
What an amazing weekend. The Funspot NARP has come to a close and it was extremely sad to see everyone leave. I think I was having some serious withdrawals Monday morning. I couldn't think straight and was walking around just sighing the whole day...Anyway, let's get to recapping!

Some of the guys from DTNY (Tino, Nectar, Keener, Casualweaponry) came down a night early so we thought that we would train it in to downtown Boston. 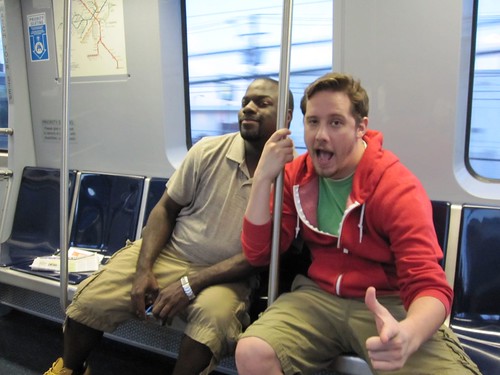 We met up with Tha_Meat and Ozz and got our microbrewery on at the Boston Beerworks. 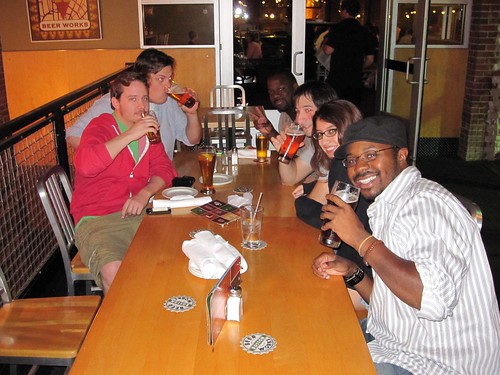 After getting full on Jamaican meat pies, burgers and watermelon beers, we took a stroll around the North End and Faneuil Hall. Keener ended up finding an old buddy of his and caught up :) 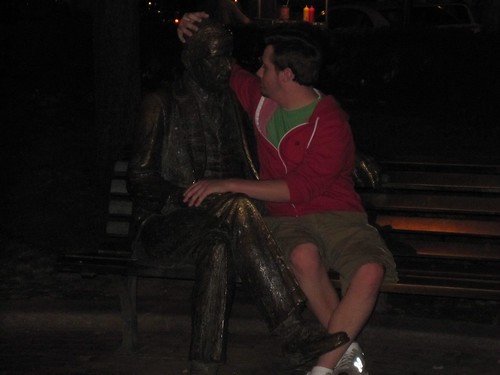 SonicBoom tagged along for our 2 hour trip to Funspot (Yeaaaaaaaaaaaa!) This actually turned into a 3 hour trip because people like driving to nh on the weekend for some reason.

We met up with Nova_Prime, Rawnewdlz, Tha_Meat, Foxhound, Heyricochet and VenatioDecorus to continue our adventure down retro lane. Everyone scattered about to figure out what exactly they wanted to play first. If you haven't been, Funspot is definitely a wonder. It's 3 floors of arcades and prize machines. There are so many retro and weird games here, that I simply have no words to describe them. Games like Chiller and US vs THEM simply must be experienced! 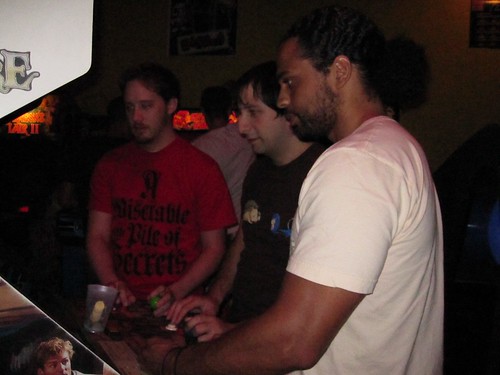 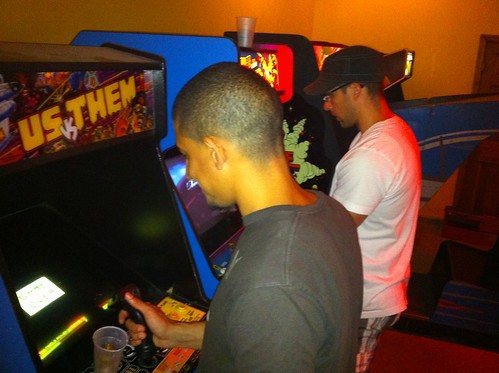 Senisan and Casualweaponry playing a onesided match up in Karate Champ 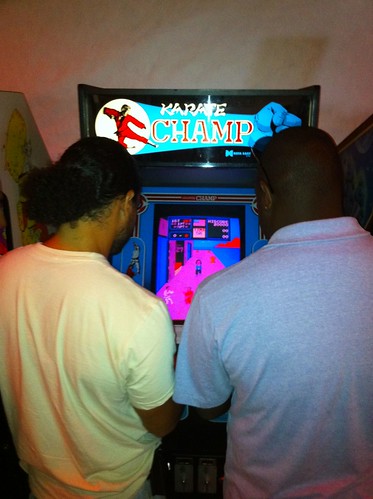 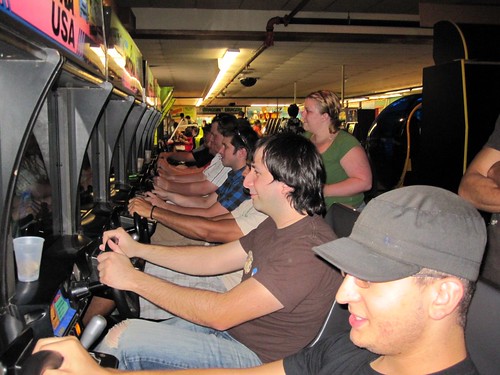 At the end of our great time at Funspot we decided to throw around some foam airplanes Tha_Meat and Rawnewdlz had purchased with their massive winnings from prize machines. This seems to be something of a tradition considering we have done this every time we visit. 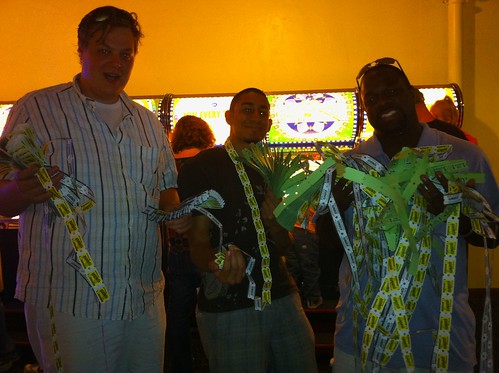 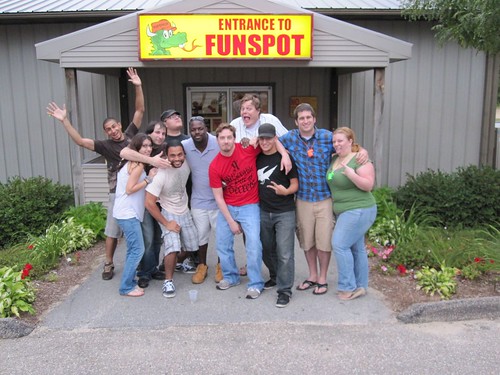 Well, all's well that ends well. It's time to head home and start the night!

Everyone met up at my house after Funspot. Joining the NARP was Ozz and IcarusKills, who had in hand the Brournal (a masterpiece collection of dtoid community magnificence)

I had a 2 room set up for gaming. One room was aptly named by Rawnewdlz, "The Boom Boom Room", which had Just Dance, Rockband and You're in The Movies being played and the other was the "Rumble in the Jungle Room," where Super Street Fighter IV, Capcom vs SNK 2, SFIII 3rd Strike, Marvel vs Capcom 2 and Scott Pilgrim were being played. Between the gaming of course there were shenanigans to be had. 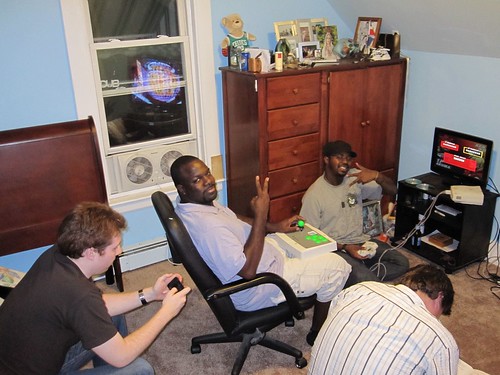 Keener and Rawnewdlz in the Boom Boom room 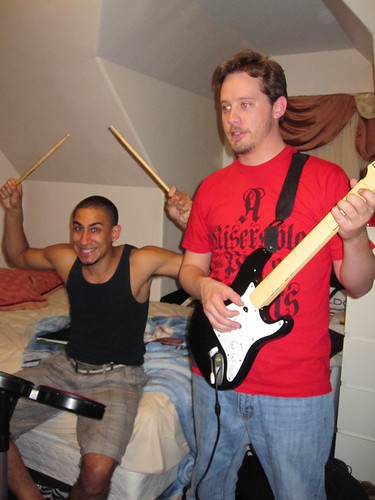 Later on in the night we all came together to do things like group rum shots, miracle berry taste tests, taxes and brofisting! 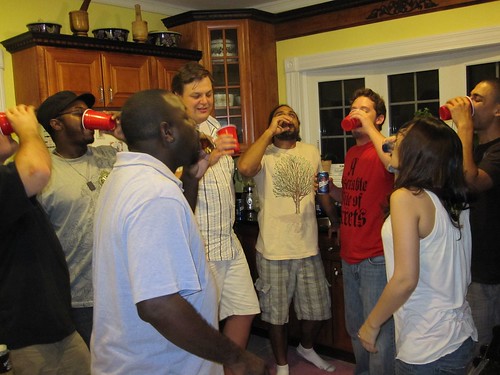 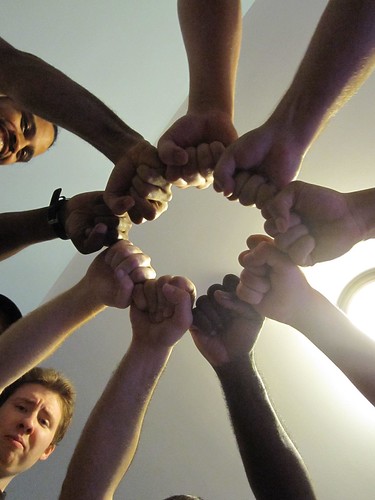 Oh and then there was this.

After all was said and done the night was slowing down, we lost a few people to sleep and realized the sun had already risen. I think it was time to call it a morning :)

These are the days that we dread and not because we get no sleep and feel like crap from the hangover, but because we inevitably realize this wouldn't last forever. We had our final meal together via Dunkin Donuts, played some more videogames and finally said our goodbyes.

Thanks to all that came to hang out with us and here's hoping for more of those times to come.

Don't forget to join the Dtoid NE emailer on the right! If you haven't, please do and have fun with us! We've also added a Youtube and Flickr to showcase some of our finest moments :) So, click on those links on the sidebar to see more of the Funspot NARP 2010!

Peace!
#Community    #GAMENARPS!
Login to vote this up!

The purpose of these groups as you know, is to set up a local community to get together for video game or NVGR related shenanigans. It's a great way to have fun with like minded individuals who carry the phrase "Also, Cocks" in their hearts. So, join me Dtoiders in creating something wonderful in the New England Area!! If you have any questions or concerns just email me at dtoidnewengland [at] gmail [dot] com

Below are our friendly neighborhood Dtoiders. If you're ever in their neck of the woods, hit them up!