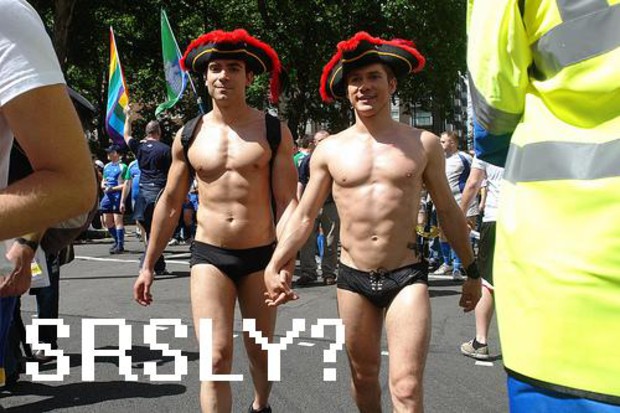 What about your driveling, futile, mute existence makes you feel justified in ripping off a company that's offered most of us COUNTLESS hours of distraction from the everyday grey minutia that encircles us perpetually?

Let me dial it back a bit.

Seriously, what the hell guys?

I have so many memories attached to the Playstation console. Taking down my first of the 16 colossi. The day I found that you could avoid enemy detection with a cardboard box. Inadvertently being introduced to Alice in Chains at an early age by using my cousin's copy of "Dirt" to create a Wing Worm in Monster Rancher. Finally defeating the Ultimate Weapon with a complete stroke of luck and a limit break. Realizing that $70 was money well spent for a copy of Marvel vs. Capcom 2 the first time I filled completely filled my gauge and jammed on the four shoulder buttons repeatedly, successfully ruining the Hulk's shit in one fell swoop. My best friend and I beating Gauntlet Legends over and over... and this was before such a thing as "trophies" existed in the virtual world.

The list could go on, but what's important is that I know I'm not alone in these memories. Everyone on this site has stories similar to these if not better.

Now for the fun stuff...

I've clipped some excuses from the comments on the topic of piracy, and I'd like to take this time to answer said excuse with a response.

- "This wouldn't have happened if they'd let us keep otherOS"

... and we would have been able to keep otherOS if that stupid little arrogant shit hadn't blagged (blog+brag "palin style") about how he was going to "crack the PS3LOLOLOLOL" using it.

People always cite this reason because it's a knee-jerk reaction. The problem is that fault is never personal, and ultimately this is a narrow POV because while you may say it's cause and effect, you could give two shits about the effect that you'll inevitably cause. You're being selfish and destructive.

- "I don't want to pirate, I just don't have enough HDMI ports."

SURPRISE! it's called an HDMI switch box, and it costs less than an HDMI cable.

Sure, as long as you didn't accept your end of the user agreement. You know, all of those big litigious words you couldn't be bothered to read because you need to finish your cheeseburger and have more kids? Yeah, that agreement. This excuse always pisses me off. Any half-wit dumb shit moron can use this logic and it's a testament to the low average IQ our society tries so feverishly to distract you from with videos of Miley Cyrus doing coke.. How about this? I bought this really big knife, so I should be allowed eviscerate you with it while you're trying to get into your car before leaving for work tomorrow morning, right? I mean, I paid for it, so I should be able to use it however I want.

Sorry, but there's a good chance your parents paid for them, not you. In fact, if you're old enough to have "purchased" enough SNES games to warrant the download of a zipfile entitled "EVERYSNESGAMEV1.3" then there's an even better chance you still live with your mom and dad, and they STILL pay for your games.

Then don't buy them. It's called gamefly scrub. It could even be argued that if everyone who stole games over the last few years had bought them, the medium would be more appealing to the people holding the cash, and they might actually put more resources into development, theoretically creating a better selection of quality games. good games need all the support they can get in order to be fruitful and multiply.

- "Most people just hack for the challenge"

... and some people eat simply because their father made them feel inadequate as a child. Some do, but most don't. Seriously, if you've got a mind for this kind of thing, GET A DEGREE AND DO IT FOR A LIVING. Hell, with the amount of talent it takes to build homebrew games, crack apps, build a media browser interface... well, you could GET A DAMN JOB DOING JUST THAT! Where did the 360 get it's "blade" interface? why do iDevices have half of the shit they do? because someone who hacked their device toiled over it to no avail. the end result is no more inspiring than the guy who talks about some fossilized music scene, and how he was there, man... he wrote the book on it!

point blank - If you don't pay for the games you love, then eventually there will be no more "games you love".
#Community
Login to vote this up!

Just off the top of my head, I'd have to say that Kelly Jones is my favorite comic book artist. I admire that while a lot of the positioning and bravado posing he used for batman was a little over the top, the attributes he embellished made the dark knight seem all the more surreal and supernatural... and criminals are a cowardly, superstitious lot. Next to him, Alex Ross and Dave McKean for their respective unique styles and medium defining publications... and how can I forget good ol' Ben Templesmith. How I love curly vampire tongues...

My favorite bands again, off the top of my head, would be Kylesa, Joy Division, The Cramps, and Cough. Bands that exude a quality completely of their own design while also standing on the shoulders of giants. Do you know where the horizon unfolds? Where new dawn fades? What lies behind the green door?... and I can't come up with an elusive quote/nod at cough but I assure you that if you like the idea of a recording of nirvana playing black sabbath covers played at half speed in hell, you'll like cough.

Oh yeah, and Neurosis. All hail Neurosis, for without their work, there would be no Baroness. I could go on forever about music, but I digress...

My favorite television shows almost unanimously reside on Adult Swim. I find a milkshake, a box of fries, a meatball, and a decadent sexually depraved Jersey man more realistically sound than a bunch of sad bar-hopping gel headed fucks who whore themselves out to the MTV machine. I lived in Alabama for 2 years, and can testify that Squidbillies is a reality. Venture Brothers is the best show ever. Alas, I feel none of the current shows would be where they are were it not for the likes of Harvey Birdman... RIP. Screw you for leaving Steven Colbert.

As of right now my favorite games are as follows. Earthbound. Demon's Souls. Bioshock. Zelda: A link to the Past, Deadspace, Fallout 3, Super Mario 3, and Tales of Phantasia... but I play "blops" 7/10 of the time i'm playing video games out of sheer masochism.

I don't give a shit about politics or religion because they are both gears among many others within a huge life extinguishing machine used for control, oppression, and theft. I'm far too small and anonymous to ever be more than a fly on the windshield of the self-destructive freight train of man. instead of bracing my footing to await the great wave of inevitable doom to wash over us all, I'll just kick back and read comics and play guitar until it ends.

Right now I'm re-reading my 30 Days of Night collection. Please excuse me while I get back to that.