With the Shadow Broker DLC for Mass Effect 2 coming, I find myself looking back at a promise BioWare made concerning how your choices would affect the third game in the series. And I began to wonder what, besides my relationship with Liara, would carry over to the next game.

And then, I began to think back to the Mass Effect-Mass Effect 2 storyline elements that carried over, how generally insignificant they were, and whether the cycle would repeat itself. Whether I ought to get excited, or ought to prepare for disappointment.

Based on what carried over from Mass Effect to Mass Effect 2, and likewise, what we can also assume will carry over to Mass Effect 3, and with even more choices made in Mass Effect 2 that would seriously change how the story is carried out ... over 1,000 is a bit low. I was once planning to do a series of calculations based just on the choices from Mass Effect that made it into the sequel (who's ambassador, relationships, whether the Rachni are alive or dead, Paragon/Renegade, etc.) and the number for that alone was over 1,000. Now, with someone who played just the second game, 1,000 might be a rough estimate, but add in the first game's choices possibly carrying over AND some of the major decisions in the second game ... and you begin to wonder if BioWare can deliver on its promise while being able to program for such a wide number of possible choices.

Of course, they could simply limit the number of choices that affect Mass Effect 3's storyline ... but then again, how much would it suck to see that another promise - your choices in one game have consequences in the others - effectively neutered or played down, forcing you into a storyline you would have been a part of? 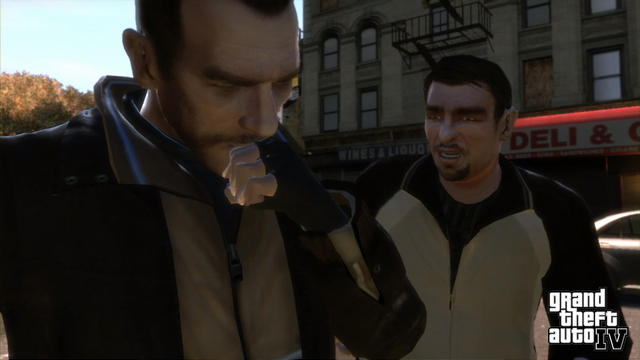 Grand Theft Auto IV promised something similar on a smaller scale, and honestly, as it turned out, it really didn't matter. Yes, your choices did affect how the game played out, but by and large, they were really just surface changes. You still played the exact same story with a few tiny tweaks here and there. Nothing you really did ever really changed how Niko's story went, just some of the elements in it. And that might very well be what we end up getting with Mass Effect 3: a thousand different ways to tell what amounts to the same predestined story.

But what if they manage to pull it off? It would be fantastic to see that if you saved the Rachni in the first game, they'd come to your aid in the third, and vice versa if you killed them off. Not in a side mission, in the actual main storyline. Or if you kept the Reaper base intact, that it had some impact one way or the other on what Sheppard had to do to stop the Reapers once and for all. It would be a ton of work, more than really we'd perhaps expect them to do, but it would be extremely satisfying to the player to have their changes reflected and not simply made for us, as they have been by just about every other game ever.

So we'll wait and see what happens with Mass Effect 3, I guess. For now? Guarded optimism. Where this story goes might depend on the choices BioWare makes.
#Community    #Rants
Login to vote this up!