Consolation Prize (or: how I learned to stop losing)

4:45 PM on 08.23.2010 (server time)    0
I've been a visitor to Destructoid for about 3 years now. In the beginning most of that was just reading the news and front-page stuff but eventually I found my way into the community (and now you can't get rid of me!)

During that time I had entered almost every single contest that was featured on the front page and won precisely none of those. In the Contest Discussion Thread on the forums, I made an offhand joke about it.

After having no internet for three days after that (construction crews on the road messed something up and caused the internet to go out), I logged into the forums to find I had a new PM from Zodiac Eclipse informing me of a contest I had won.

Confused, I follow her link to the Contest Discussion Thread to find this; 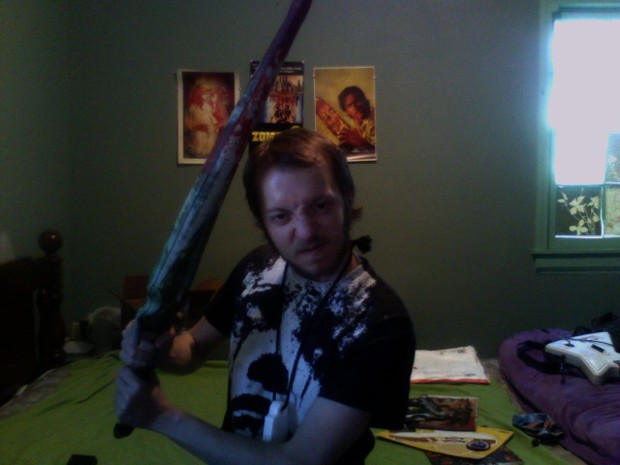 
Thanks Hamza!
#AboutDestructoid    #Community
Login to vote this up!

When did you start playing games? I can honestly say my entire life. My dad used to let me play computer games on his desktop back when most households didn't even have a computer at all.

I play drums in a band called documentary. Music and Videogames together are two of the biggest parts of my life.

If you're interested you can hear my band here or even better, see it here!

My band is something of an experiment. We created the Myspace page for the sake of venues, but otherwise we do NOT use it at all. All of our shows are advertised via Word of Mouth and old school methods. The only online advertising is done by us on our personal Myspace/Facebook pages to our real-life friends.

So far, it's working fairly well.