4:07 PM on 08.23.2010 (server time)    0
Welcome to Fanart Flops, the only Destructoid blog that makes you envy the blind. This time we explore one of the most prevalent areas of video game fanart, Final Fantasy, the game series so big it’s even become cliché to point out its clichés (girly men, fancy swords, pointy hair, and so on). I actually found it hard to find these this time around, not because they’re not out there, but because there’s so god damn much Final Fantasy fanart around that it took forever to sift through it in my search for that rare combination of good art-bad idea.

Still, we weather on. And to serve as a warning, this Final Fantasy fanart, so if you hold an aversion to, say, Sephiroth poring hot wax on a timid Cloud the you may want to avoid this (but you won’t, curiosity will get the better of you). 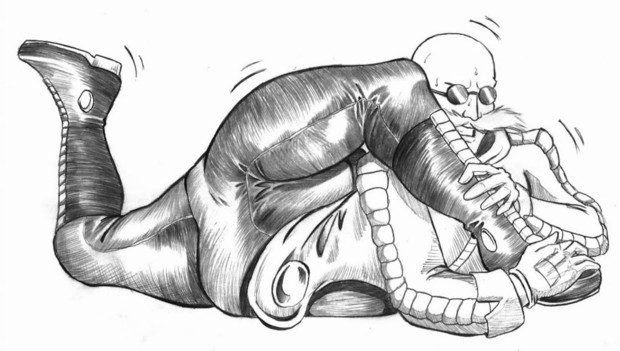 Yeah sorry about that...
#Community
Login to vote this up!