12:55 PM on 08.17.2010 (server time)    0
The sky has darkened. The air tastes heavy, like mercury fire burning your throat. There is a sound like great sheets of skin being torn echoing in your ears. Is it the end of times? The beginning of something beautiful? No gentle reader, it�s time for some more Occam Thoughts.


-Pre-orders bonuses. I enjoy them at times. As an incentive to put your $5 down on a game, a keychain or mini-poster or soundtrack is pretty ace. It�s a thing you can collect and keep and enjoy and as someone who is a borderline hoarder, I�m all about filling the gaping void that is my heart with stuff. 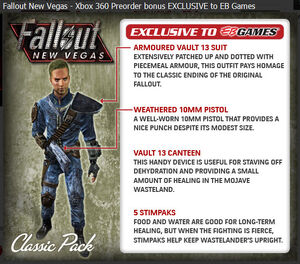 
-Fox News interviewed a woman whose son had been killed in Iraq about the multiplayer mode of the new Medal of Honor in which you can play as the Taliban. This mother lost her son. She�s grieving in a way most of us can�t even fathom. Now Fox News asks her what she thinks about a game in which you can play as the people who had a hand in her son�s death. What do you think she is going to say?

Now I don�t agree with the lady. I don't think this is disrespectful to the troops nor do I think it should be removed. You want to play it, play it. I think it�s a cheap attempt at press and about as edgy as your average tween who shops at Hot Topic but they can do what they want. But I sympathize with this woman. My brother-in-law has done two tours in Iraq and my nephew (who turns 21 in October) is about to leave for his first tour. To this woman, this must feel like a slap in the face and I get that. For Fox News to use that grief to stir up a story and get the sympathy of viewers is bullshit.


-So, Monday Night Combat is a thing I have now. Me and my fellow Friday Night Fight compadres (aside: ever notice that people who use compadre in normal conversation but don�t speak Spanish are douchebags?) played quite a bit. It�s super neat. I play as a Gunner because I am slow and heavy handed, like former President Taft wearing bicycle shorts and disciplining a child.

Allow me to point out that Destructoid member SteezyXL plays with us as well. He tends to pick a sniper class. He is good at sniping. He is good at sniping in the same way that your heart is good at pumping blood to the various organs in your body. I swear his sniper rifle must shoot those cartoon bullets from Who Framed Roger Rabbit? that just track down people. Of course since he is so good, I hate him. But it�s not a racial thing though as I am 7/48ths Cherokee.

-The Cathy cartoon is ending. Finally. This thing kept on going like an awful zombie made of Secretary�s Day mugs filled with Hershey�s Kisses and Chili�s gift cards. At least society had the decency to take Caroline in the City behind a Pizza Hut and quietly shoot it in the face. But like the Titanic and periods, better late than never. Good riddance to Cathy. Up next is Family Circus. 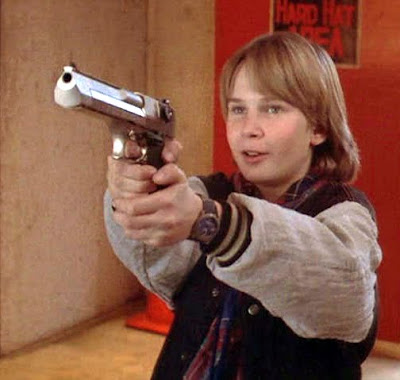 -I am debating selling my Wii. It�s a fine system but I have played it twice since 2010 started and the only game I am aware of that I want to try out is The Last Story. I enjoy but do not purchase Mario and Zelda games and the motion controller has lost its appeal for me. Sad as it makes me, I think I�d rather have money than a Wii that is just collecting dust. -I watched David Lynch�s version of Dune last night. Such a glorious thing. Oh I know it�s a piss poor Dune adaptation but fucking hell man, Sting wearing art deco swim trunks, giant sand worms, and the creepiest little girl ever make it something I love. Did you know famed Mexican director Alejandro Jodorowsky was originally supposed to direct it? He originally wanted Salvador �Lobster Phone� Dali as the Emporer and Orson �Bacon Neck� Wells as the Baron? H.R. Geiger was brought on to help craft the visual style. This is the kind of shit that people like me (i.e. creepy dudes with things in jars) dream about. Alas, it was not to be and Lynch ended up hating the movie due to a lack of creative control over the project and being denied final cut. Such a shame.

-Tila Tequila almost got stoned to death by a bunch of Juggalos. Can I just say that this proves there is a Creator and (s)he has the most deliciously wonderful sense of humor. Tila Tequila, (who apparently posed for Playboy? Seriously? Lord help the people who find that sexy) looks like what I imagine Chris Farley must look like now. Juggalos are just Creed fans who turned to the Dark Side of the Force. Bring them together, add in some violence, gratuitous flashing, an Iphone camera video and you have for me what is essentially an early Christmas present.

-Finally my intrepid reader, I leave you with this video. It�s Jim Henson in 1969 talking about how to make puppets. I adore Jim Henson. He was my childhood and watching this video made my heart hurt that he is no longer here making wonderful things. I just wanted to share this with you. So if you grew up watching all the wonderful things he gave us, give the video a watch and remember what it was like to be a kid again.

Well this has been another edition of Occam Thoughts. I hope you and yours have a pleasant day.