Teh Bias: Inside the mind of the retrogamer 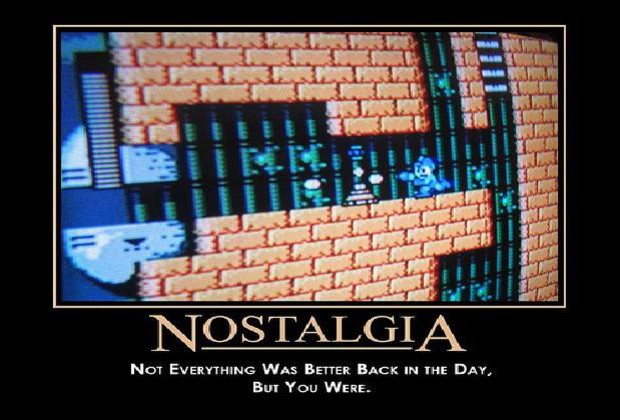 To an extent, the naysayers have a point. It's foolish to say that New Super Mario Bros. Wii didn't become the fastest selling single system game of all time without having the appeal of being familiar. It had simple 2D platforming where the only real objective is to keep moving right until you hit a flagpole. The controller was meant to be played like an NES controller, and many of the enemies were based off of classic characters from games past. Even the Super Guide's ideals, a feature that had never been used in a Nintendo game before, could be traced back to the days you'd have buddies over and you'd have your super awesome friend beat the levels you couldn't even lay a scratch on. Retrogames are treasured not only on their lack of innovation, but on their desire to go against innovation altogether.

And perhaps it is true that retrogames don't push the medium forward, but they wouldn't be popular if they weren't good. New Super Mario Bros. Wii and Mega Man 9 didn't become popular soley because they were familiar. They became popular because they represent a dying breed of games. Games that were good then, and good now. They carry design philosophies that modern games don't, and while some of them died out for a reason like lives systems or passwords, many of them are still just as good now as they were 20 years ago. Sonic the Hedgehog 4 may be utilizing an art style, soundtrack, and gameplay based on the classic Genesis games, but when you consider that the last great Sonic game was Sonic Advance, a game that stood up to the test of time because it was a continuation of the Genesis design philosophy, Sonic 4 has the potential to be the best, and most focused Sonic game in years. Most importantly, at the end of the day, SEGA's still willing to push the franchise forward and make Sonic work in 3D. Just look at Sonic Colors.

I'm not against progression in games in any way. There is a reason why games that try new and innovative ideas get critically acclaimed. But there is still room for a few retro games here and there as well. Just because New Super Mario Bros. Wii sold fourteen million copies worldwide doesn't mean that the entire industry will cease focus on new and exciting games. No one can play the same game forever, retrogamers included, and I think our biases can still leave room for the newest franchise to make its way into our systems.
#Community    #OpinionEditorial
Login to vote this up!