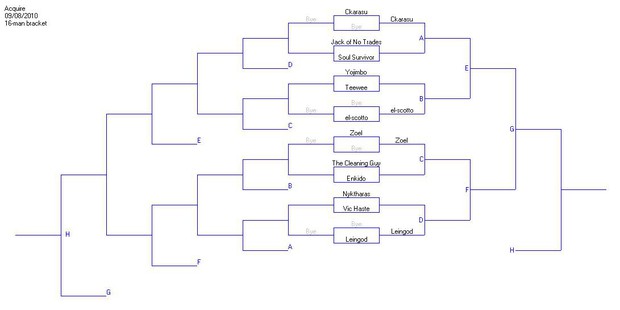 Blazblue CS Tourney is now live. On the setup I am using the same tournament software as Nilcam did. The Blazblue tourney follows a double elimation rule setup. It doesn't accept a 12 man setup but a 16 man setup will do.

This tournament will run for about till probably the end of September. I'd like to finish this as soon as possible because its really close to the school semesters. I will also be handing out prize for whoever reaches first place or 2nd (If i got frst).

The prizes is Guilty Gear XX Accent Core for the wii, Katamary Damacy for PS2 and Bangai O for DS. Although the prize aren't that great. Its better not nothing.

Remember: Whenever you finish your games, you need to post your outcome in the forums or let me know in PSN before the next round starts My PSN is Celis777