Teh Bias: My Biased Confessions and such

I�m biased. I have a taste, and therefore I am. So? I like Call of Duty. I like Medal of Honor. I hate Halo. Let�s not discuss why.

So what am I biased for? Well�

Rail shooters, for one. It�s hard for me to find one I don�t like, even if it�s one at chuck e. cheese�s that doesn�t have a reticule on screen. They�re so simple, yet so playworthy. I just made a word. And if I didn�t, then Microsoft word is lying to me. Maybe it�s the fact I�m pretty good at them? Maybe it boosts my self-esteem, therefore I like them? I dunno. I got the game �Attack of the Movies� for Wii, and those graphics were terrible. But the gameplay had me playthrough a few times. In a few sittings. 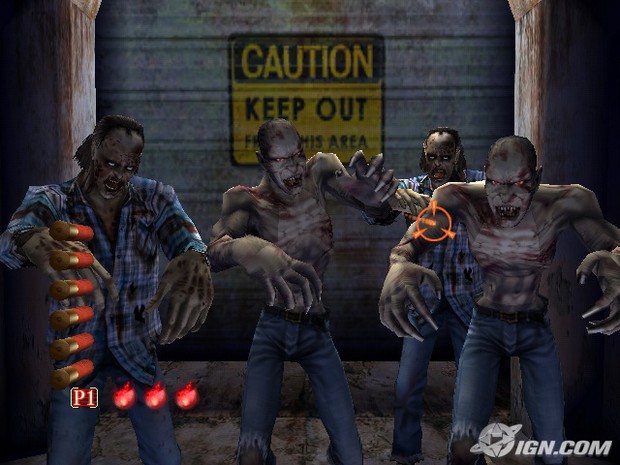 I'll just borrow this, thanks IGN.

Probably just first person shooters in general. Because I sorta grew up around Unreal Tournament, seeing as my dad was a super-fan of their franchise till he went all-hippy. Now he plays chicken invaders 3: Christmas Edition. Oh, and Pogo. But growing up around them got me better faster, which in turn makes me better for later, which makes me FEEL better when I drop a tactical nuke on the stage. Just Kidding, I don�t have MW2 online.

Square Enix, although I�m quickly losing faith in them. I�ve never played FF XIII, but from what all has been stated about it, it seems nothing like FFX, which should be known as the �New Square-Enix Template�. They�d sell more. Also, Crystal Bearers was TERRIBLE. MY F***ING GOD WHAT THE�Goose fraba�or however it�s spelled.

Activision�s Shooters. Without Infinity Ward (I believe?), they still put together Singularity. How dare people complain about it�s multiplayer! The game was something new, and it�s single player experience was more than enough, IMO. Besides, some stuff would be pretty annoying to put into multiplayer, like the (Gun that lets you direct bullets?). How would that work well with constantly moving characters? I�ve never played it online, cause I never saw the need to. MW2 online is needed. Singularity�s isn�t.

How do I wrap up a blog?

Inb4: Plastic Wrap or Aluminum Foil.
#Community    #OpinionEditorial
Login to vote this up!