1:51 PM on 08.07.2010 (server time)    0
About a week ago I picked up Darksiders from Gamestop. I realize that I'm several months late to the party, but I had heard some mixed feelings about the game and decided to wait until the price went down. Plus the game had been selling pretty well so I wasn't worried about the developers not getting proper support. Anyway, it was on sale for $20 so I decided to strike. This morning I finished the second dungeon, so I felt that it was time to put my impressions down on paper. 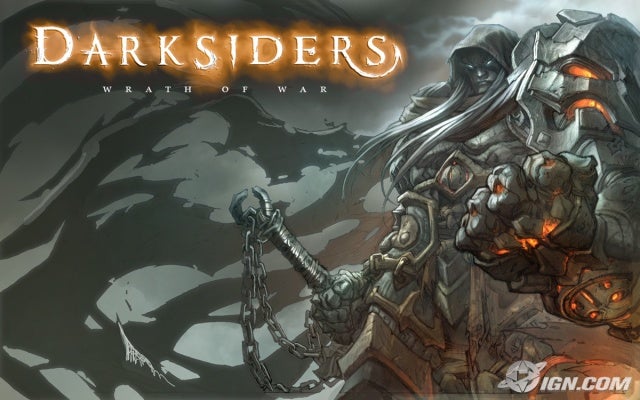 First of all, the art style is fairly appealing. There's a good variety of different areas, colors, and textures as well as a fair job of continually introducing new demons to turn into mince meat. Along with that, the storyline is fairly deep, or as deep as it needs to be at the very least. I will however say that some of the character design is overwrought. War in particular looks way too detailed and half of the items on his outfit serve no purpose other than to try and make him look cool (Which it doesn't, to be honest). His personality feels a little boring as well. He's supposed to be the embodiment of violence, yet he's spent most of the game scowling full of angst. 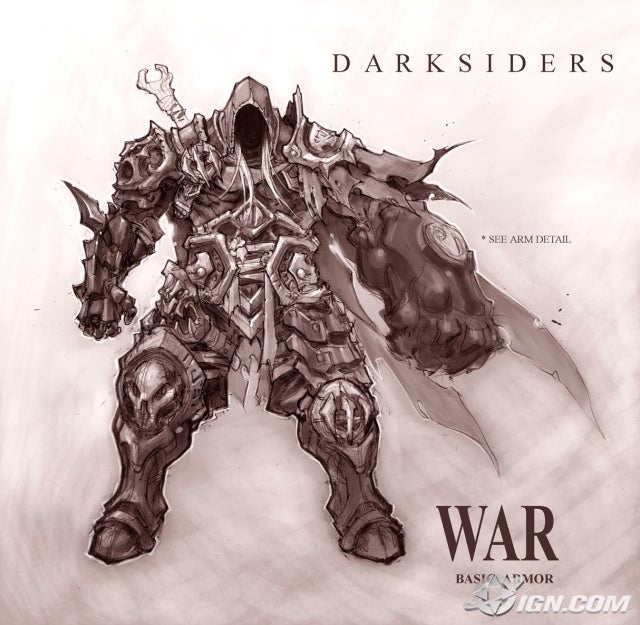 The combat feels a little shallow. So far the game has done a decent job of introducing new weapons on a regular basis. Chaoseater and the Scythe work fairly enough as a light and hard attack, and there's a good variety of moves you can purchase using the souls you collect. Plus the enemies have decent variety and the quick-time event finishers are fairly well implemented. But why is it that all the combos can be counted on both hands? All you can do is hit one of the buttons, and after three hits the combo ends, and you can't work in the other weapons into your combos as well. It gets repetitive really fast. I'm not a huge fan of the dodge mechanic either. It isn't as effective as I'd like it to be, and holding down the right bumper then flicking the stick just feels weird, although I guess it feels better than using the right stick. Although part of my frustration might have to do with the fact that I played Bayonetta when it came out; there were a crapton of combos in that game and the dodge mechanic was fantastic. 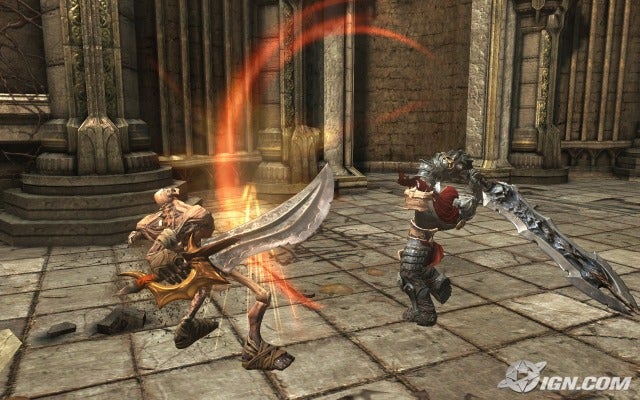 As for the dungeon crawling, it is Zelda to a "T". Collect four life shards to increase your health meter (Pieces of Heart), check. Do puzzles that involve pushing blocks and hitting switches, check. Collect an inventory item that will be used to solve puzzles and defeat the boss at the end, check. To be totally honest, it's really getting close to ripoff territory. The very first item you get is a boomerang, and considering the fact that there's a hookshot later in the game, I'm guessing that it won't do a whole lot to differentiate itself.

But for all it's flaws, I'm only two dungeons in, and I'm willing to keep an open mind. The combat may be flawed, but it doesn't bother me too much (I really enjoyed Madworld, so repetition in beat-em ups doesn't bother me horribly) and the dungeon crawiling, while derivative, is still entertaining and fun. Besides, as I said earlier I waited for the price to go down for a reason, and so far the experience has been worth $20. So we'll see. If anything the game should satisfy my Zelda fanboyism until Skyward Sword comes out.
#Community
Login to vote this up!