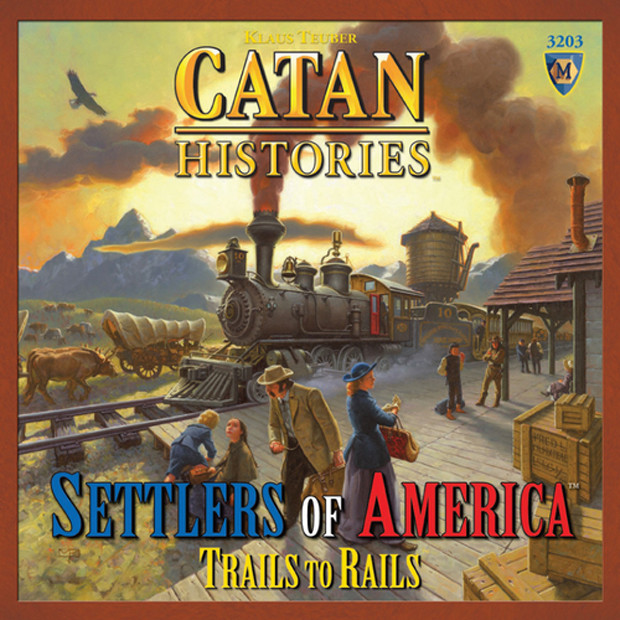 That's how the game works. So how do I feel about it? Actually, I'm a big fan. The balancing and constant income means everyone stays in the game. In fact, anytime someone seemed to lag behind, they easily caught up with the next couple of turns. Unlike regualr Catan, the early lead doesn't mean anything in the long run. Likewise the emphasis to constantly go west plays a significant role in the gameflow. And finally, the abundance of resources give you an option on every turn you get.

Because every game has a downside, Settlers of America is no exception. The biggest downside is the overall abundance of resources makes the first instinct to exchange or buy desired resources unlike the original Catan where trading among players is much more common. The second issue is because of the sheer wealth of options at any given time, analysis paralysis can, and will, set in among certain players in your group. If it gets too bad, introduce a timer. And finally the limited player set can be annoying. With it being 3-4 players, that's a very narrow range and to my knowledge, the 5-6 player expansion has not been confirmed yet.

All in all, this mixture of Catan and various Train Games helps make Settlers of America a great game. While this is long for a Catan game, it's also fairly short for a train game which can often be 4-6 hours long. Slicing that number in half could be the catalyst required to get some of your casual board gaming friends into the much more strenous train games.

Publisher: Mayfair Games
Price: MSRP of $55
Number of Players: 3-4
Complexity: 4 of 10
Time To Play: 2 - 2.5 hours
Special Thanks to the community at Boardgamegeek for a couple of these pictures.
#Community    #NOTvideogamesrelated
Login to vote this up!