The Dragon Quest IX event: Map whores, all of you!

10:07 PM on 07.31.2010 (server time)    0
OK, I haven't been much for blogging this month. I blame five things: Dragon Quest IX, Persona 3 Portable, Metroid Prime, Resident Evil 4 Wii Edition and I had this Alternate Reality blog I was going to do that got so big, i shelved it and split it up the pieces for other blog posts down the road.

I also had other writing projects that aren't really blog posts. Looking for writing jobs is no simple task and my portfolio is so ancient, moths flew out of it. So fresh samples had to be created. And I kinda got hooked on the Blood+ anime series, too. I Netflixed the hell out of it and the X-Files this month.

So I went out to the Dragon Quest IX Event at my trusty Winston-Salem, NC Gamestop. OK, there are five in Winston, if you were there you know the one. My character was called Hush, because apparently "The Silent Protagonist" exceeded the character requirement.

I was there to be a map mooch. I wanted maps, didn't have any to share yet, but managed to get eight maps in addition to the Zoma map from the event itself.

Interestingly, absolutely no one cared to do the multiplayer and we were mostly aged from 21 to the age where women lie about their age, even though you can tell they're 45 (yeah, I went there o.o). Being that I'm 32, I was actually the third or fourth oldest person there. We only had one kid, whom I believe was 16. 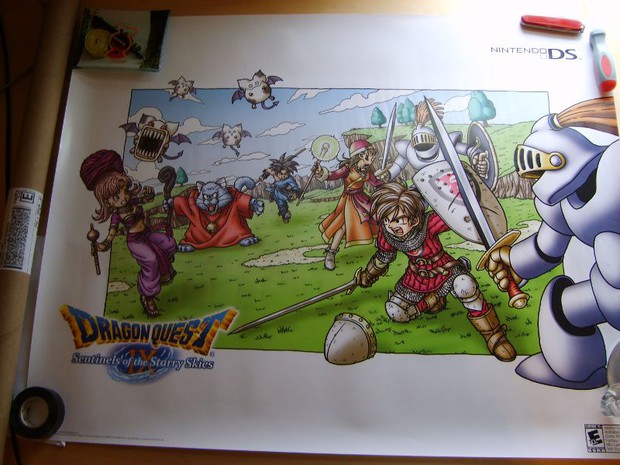 All in all, it was a good time for all. We came, we saw, we got maps and posters. Looking forward to the next event, I just need to to check where it will be. I think our Best Buy will have the event next week, too.
#Community    #DS
Login to vote this up!