1:12 PM on 07.30.2010 (server time)    0
I'm doing a good job at avoiding Gears Of War 2. Last night Occams and I brought the Mad Gears to their knees in Final Fight: Double Impact in between sessions of Teenage Mutant Ninja Turtles 1989 Arcade in which I mistakenly sent Andy Dixon an invite because I could have sworn I saw he had that game. Okay, so we don't really need to totally avoid Gears but it is kind of wearin' me down. So in the fine tradition of turning to Valve for games I bring you.... 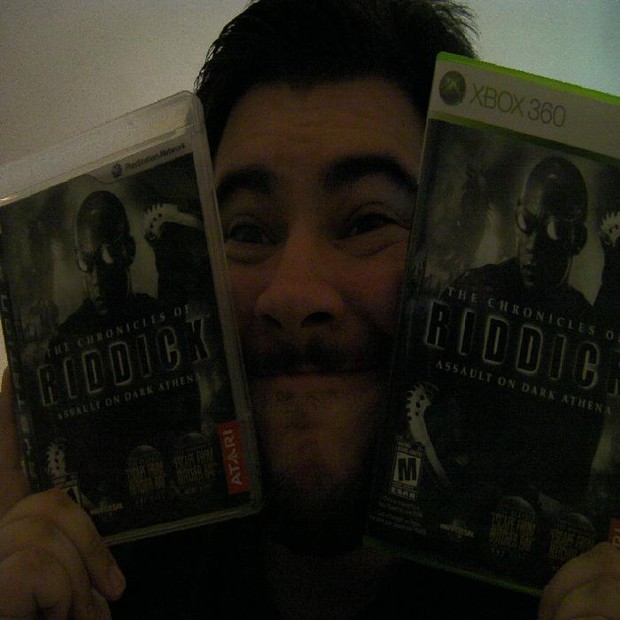 If taking ridiculous pictures of myself with goofy ass facial expressions holding games doesn't get you excited, nothing will


Aren't you excited? I bet you are. However now, I'm make it console wide, IE. The Challenge is extended to my XBOX 360 friends as well! It's still open to PS3 users since atleast one prize was a PS3 game so fear not! You may still slay the juggernaut! All you need to do is look to the far right for both my PSN ID and my 360 Gamertag and send me your intent to challenge. PM me on the site, do whatever it takes but send me a challenge and we'll set up a time since the contest isn't just limited to FNF's.

This time however, the goal no longer to defeat me. It's doing the best against me, and thus guaranteeing someone will get some prizes! The top 4 (maybe more if I you know, get more fucking people playing this time) will be sent PRIZES for their participation. I'm also more than likely going to atleast have two winners, one for each console and thusly a new prize for the 360 side has yet to be determined but will be announced come next Thursday when I make this bad boy officially official. So there's THAT! I'll be practicing ALL WEEK to get into shape for this kick ass contest.

IF NOBODY PARTICIPATES IN THIS, I'LL BE FORCED TO DISCONTINUE THIS....FOR-EV-ER! SO BEG, BORROW OR STEAL A COPY FOR YOUR CONSOLE OF CHOICE AND POSSIBLY WIN FREE SHIT!
#Community
Login to vote this up!