4:55 PM on 07.28.2010 (server time)    0
So I recently started replaying Half-Life 2 and as I was progressing through the beginnings of the game, I made quite a realization. That being, I enjoyed the introduction of that game just as much if not more than the entire trilogy. Why might this be? The powerlessness you feel throughout this section of the game. 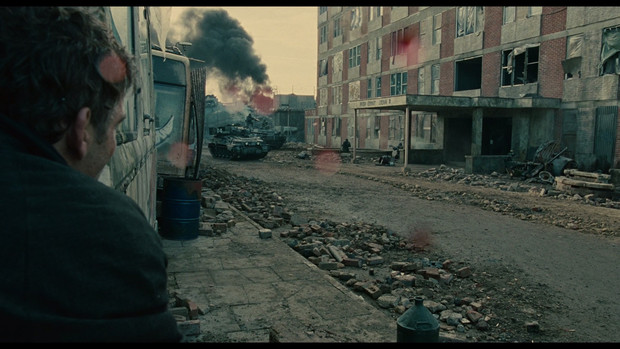 Think of the movie “Children of Men” where the hero is put in so many dangerous situations and never gets his hands on a weapon. This movie is possibly the best film version of something depicting the Half-Life state of storytelling. There are weapons all over the place in the end but he never picks them up. Why? Is he stupid or is his personal characteristic just so that it doesn’t even register for him to arm himself. He could pick up a gun but what difference would it make? After all, the rebels have them and they are getting massacred by the soldiers. Also, would it be as effective as a film if he got into a gun battle? We are glued to those crawling steadie-cam scenes because we are literally taking his perspective dodging bullets and seeing the carnage unfold while staying alive seems nearly impossible.

So, as fun as the one-man wrecking crew concept can be, I think we can truly feel empowered by having nothing to count on but our ability to run like hell.
#Community    #Rants
Login to vote this up!