Occams Thoughts on a Wednesday

10:57 AM on 07.28.2010 (server time)    0
Hello. How is everyone today? Doing well I hope. It�s Wednesday here in the waking world, a day filled with mediocrity, paperwork, and a honey oat bar for lunch. So I figure, in honor of what I can only describe as the beige-ist of beige Wednesdays, I present to all of you�more Occams thoughts : Wednesday edition.


-Prototype. I beat it. The free roam bits are great. Killing scared white people with hammer fists was so totally Raven. Sometimes I would grab a person and run up to the top of the highest building and watch them squirm for a bit before throwing them away. This was how I found joy in Prototype. Now everything else, from the camera to the combat to the story is the wet death rattle of a newborn looped on repeat and played in your mind while the only image you see is a slow motion close-up of your grandmother�s vagina. I beat this game out of spite. It was the gaming equivalent of a hatefuck.

-I am currently playing the first Shadow Hearts on my ps2. Oh what a game. It�s mature (rated at least), weird, and fun. Interesting characters include a guy who can transform into monsters and a blonde secret agent lady who calls in her special attacks on a cell phone. Plus the antagonist is named Roger Bacon. That is the name of someone who commits genocide with ease. It�s a better series overall than Final Fantasy in my world though Final Fantasy III (as my cartridge says) is still my favorite rpg of all time. If you have a ps2, enjoy rpg�s and have yet to play these games, check them out. The second game in the series, Shadow Hearts: Covenant is arguably the best but they are all worth a play through.

-I played Sin and Punishment. Eh? It was fine. Think my days of playing that type of game are behind me or at the very least my enthusiasm for them has waned considerably.


-When playing Left 4 Dead versus mode, I am overall not very good. However, give me the Hunter and I become downright awful. Apparently you have to have patience and wait for a survivor to be isolated then pounce. I don�t have that patience. I see a survivor and a gleefully glide through the air, arms outstretched wanting so desperately to give them the hug my father never gave me. Willpower is something I am sorely lacking in this game. 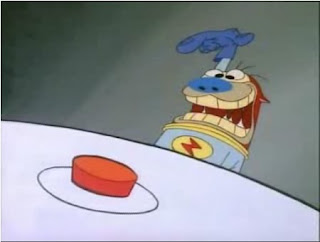 -I�ve been craving fighting games as of late. I remember being in high school and games like Rival Schools and the first Marvel vs Capcom were played constantly and I wasn�t half bad at them. As much as I enjoy Street Fighter, it�s really not my jam so I am left without a great fighting game to play online. However, I have hope with Marvel vs Capcom 3. Between characters like Deadpool and Amaterasu and the copious amounts of beer I am always in possession of at all times, I plan to play this (and get soundly beaten by Korean tweens) a lot.


- Here are some games I have picked up recently: R.C Pro-Am, Drakengard 2, Yanya Caballista City Skater, and Revolution X. Gamestop and thrift stores have been kind to me. I�m particularly happy about Revolution X as it was a staple of my childhood arcade experience and the only good thing Aerosmith ever did. Speaking of arcade games, garethxxgod and I were chatting on xbox live Monday night about how awesome beat �em ups are/were. X-Men, Alien vs. Predator, the Simpsons, Captain Commando, all were staples of growing up. I wish Xbox Live and/or the PSN would get to releasing more of these. They don�t even have to be HD/3D/RJD2 or whatever, I just want the game.


- Deathsmiles. Oh I want to buy you. I stare at you at the Gamestop and debate. So much faceplate shiny goodness with ridiculous Japanese things and 2D joy. It�s hitting all my buttons but�.$50? That�s a lot of cigarettes and tacos in my snow globe of a world.


-The Alice the Madness teaser trailer was a wish come true. I fucking loved the first game and have beaten it multiple times over the years. A sequel fills my shriveled up lizard heart with joy�.and hesitation. I hope this is good but will be saddened if it isn�t. If nothing else, I bet the toys will be neat. I still have my original Alice figure displayed proudly on the shelf.


-Starcraft 2 came out. I am not an RTS guy at all. Tactics is a word that acts as an identifier for a certain Final Fantasy game and nothing more. I play these games on the occasion but rarely do I do anything more than set the game on easy to just enjoy the story. All that being said, it�s always nice to see the excitement and happiness of people finally getting to play a game they have waited a decade for. Expect me to be the first in line when Diablo 3 comes out. I may dress up for it. As a lady. A whorish nun perhaps.


-I miss CaptainBus comments of the week. They were fun. I hope those come back some day but I can imagine they were quite a bit of work to compile. Serious belly laughs though. Thanks CaptainBus for doing that.

-I�ve been sending messages of me singing love songs to mrandydixon on xbox live. This won�t stop Andy. This can never stop.

-Also, I would be very appreciative if some kind soul would adopt my avatar for PAX this year. In return, I�ll do things for you�.and possibly to you. I�ve got sculptor�s hands. At least that�s what my pastor tells me. IFICANGETSERIOUS4AMOMENT, I�d be willing and happy to send whoever adopts my avatar a care package. I love making care packages for people. Just ask mrandydixon.

Well, these were just some of the many thoughts I have rolling around in my hydrocephalic skull at any given moment. I�ll leave you with this image and knowledge that Jubilee was the most worthless goddamn x-men character ever.