Limbo is to Video Games as what Lost was to TV.

I'm one of the many who was glued to his TV every Wednesday night watching the newest episode of Lost. The myriad of questions flooded my brain and every day I had a new theory I would share with my friends who would have different theories of their own. Flash Forward to the end of the series and I'm pretty sure none of us went, "Oh yeah, I bet this show is about an island powered by electro magnets or some bullshit and a stone cork that keeps everything together." They didn't pull a Sopranos, but it wasn't the best ending to a series that was all about mystery and adventure at every turn. It was something new, mystical, on the edge of paranormal, but somehow grounded in reality by our own minds. After the series was over I was pretty disappointed, but not because of the ending. I was more disappointed that my weekly trip to Hawaii was gone and I had to take my Sherlock Holmes magnifying glass and tuck it away in my desk drawer for good. That was .... until I entered Limbo. 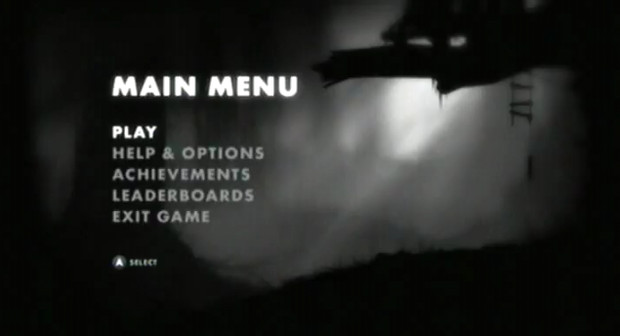 This game shows how amazing Lost could have been, but I think they both ended on the perfect note. Only, in the event of Lost, they had to place that ending in the completely wrong and atypical of the show package. Jack and Douglas both died as they lived, in the forest where we first found them, except with a sense of accomplishment. The thing that Limbo did that Lost didn't was Limbo kept it's air of mystery and intrigue throughout the course of the game, never letting us see the man behind the green veil. We were left to our own devices to create our own plot lines, characters, and settings to the world we experienced, the world of Limbo. It's a game that is as great and complex as you make it. Just like Lost, it could be about a guy surviving in the wilderness, or something amazing and unbelievable. I guess if an award should be awarded to best Writing in a Video Game this year, it should not only goto the developers of Limbo, PlayDead, but all of us. Congrats on reigniting the fire, may it forever burn.
#Community    #Rants
Login to vote this up!