Gears Of War Is Gay

8:51 PM on 07.27.2010 (server time)    0
[Disclaimer: This is meant to be satirical. It should be apparent once you read but for the up-tight this is here for that purpose, laughs. Also the use of the term gay is done so to point out how stupid it is to call everything gay. I am not a bigot and I apologize if I offend the gay guys on the site. I also like Gears Of War, Cliffy B and Epic Games so shut the fuck up]

Lately, I've found myself questioning why I've continued to pander to the needs of just one game in my X-Box 360 library. Perhaps it's cause I want to be cool like the cool kids, but after spending some serious time with the game over the weekend I've realized one fundamental truth. Gears Of War.....is gay. Much like when I fortold of the homosexuality of Ares in God Of War, I too now bring you these reasons as to why Epic Games tour-de-force is infact so fucking gay it hurts.


1. It's Filled With Burly Musclar Men, But Where's The Women? 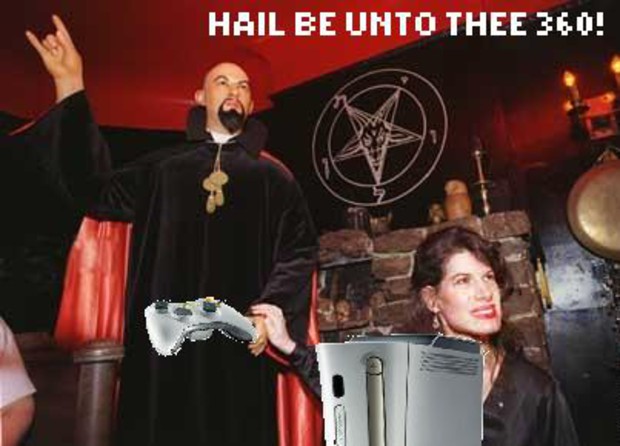 Clearly the Devil's system, X-Box and Microsoft themselves (Satan incarnate preveyor's of all things unholy) promote this filth gleefully. They also encourage the wantant murder of a man named "Carmine" claiming that unless fans buy their wares, he will be killed. This poor poor man. As I type this, a tribute fund is being set upon in his name to save him from MicroSATAN and to get him to safety.

Besides, X-BOX IS FUR X-BOTS DOOD. This guy can attest to that. They make shoddy hardware that dies on you 2 WEEKS after purchase. Being all Satanic, Microsoft licks it's lips in salivation everytime they're crappy machine dies and and you shell out another 300-700 dollars on all the shit you need to buy the system.


That is all for now. 7 Deadly Secrets You Didn't Know About How TRUE It Is That Gears Of War Is GAY. With that being said I'm going to go play some Gea...God Of War now and not think about Ares and "The Cole Train" doing it. *shudders*
#Community    #Rants
Login to vote this up!