A Tribute to Tails: What He Did For the Sonic Series 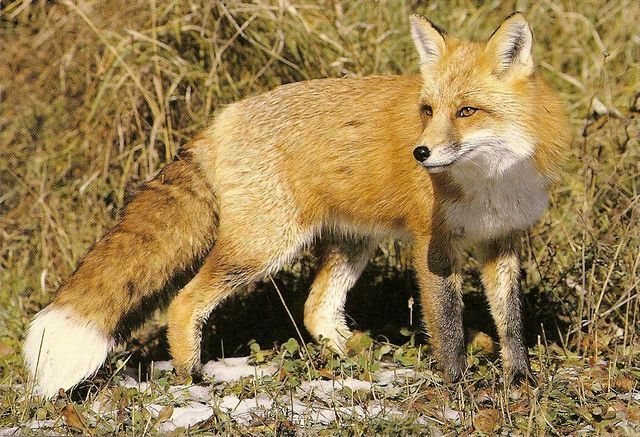 Sonic 4 looks to possibly end the Sonic Cycle by returning us to our classic Genesis-style Sonic game-play roots without having a bunch of lame-ass friends gaying things up. In the past 15 years or so, the addition of wimpy, unlikable, assumably taliban-sympathizing new characters has marred the face of almost every new Sonic title. Although most of the new (post-Genesis) Sonic games would have still blown ass even if they had excluded the dumb, new characters, it's still widely accepted that the people who enjoyed the original games have little desire to see a cast bloated with slow, uninteresting, new animals that serve to only detract from our playtime as the beloved title character.

But...let's set the record straight here: I agree that new friends tend to lame-up Sonic games, but I do take some issue when people try to drag Tails into this "friends=gay" formula. I'm actually flabbergasted by how many people I've talked to consider Tails (and Knuckles) to be in the same lot as the other dolts that have been added post-Sonic 3; some people seriously HATE Tails. I cannot understand this sentiment, and hope it to be isolated to the couple morons I discuss games with. Yes, Sonic games should focus on Sonic, but come on, Tails doesn't F* with that formula, and, in the Genesis games, he helps to make for a richer game overall experience, and I'd be devastated if he didn't show his mug in at least one of the episodes in the upcoming Sonic 4.

I'm of the (right) opinion that Tails really needs to make his way to one of the episodes of Sonic 4--and for anyone who fails to grasp why Tails is the king, I'll try to break down just what he brought to the table when he was first introduced way back in 1992. 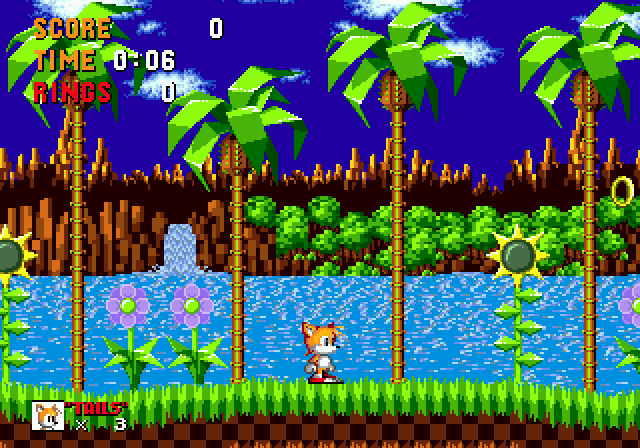 Sonic 2 was the best selling Sonic (and Genesis) game of all time, and is argued by some (me) to be the best game in the series, and I can't help but think that this has something to do with the addition of Tails "Miles" Prower. He was rarely able to keep up with Sonic as he'd spindash his way through levels, but I'll be God-damned if the little guy didn't try. His presence in the game was beautifully subtle; I always loved how Sonic's established personality wasn't compromised at all by the addition of a sidekick, something that tends to pussy-up a man. Sonic still seemed bad-ass since he didn't give two shits about whether Tails could clear that jump over the lava, if Tails was three seconds away from drowning (he still wasn't getting that bubble), or whether or not there was an extra handle-bar on the zip-line for the little guy, Sonic had shit to do (i.e., murder Dr. Robotnick for being fat). Also, while playing single-player, having the AI-controlled Tails never really be able to keep up with you served to highlight just how fast and unbelievably-cool Sonic was.

Gameplay-weis, having Tails tag along never upset the formula that made us love Sonic games. Sonic was unquestionably still center stage (literally, the screen only followed him), but if someone in the room got bored of just watching you play, he/she could pick up the second controller and f*ck around as Tails. Another subtle, but amazing little side to Sonic 2; I don't think they even mentioned in the instructions that Player 2 could control Tails, which made it even cooler once you discovered it. This mechanic allowed Player 2 to both act as a passive observer to Player 1's game while also occasionally contributing without any of the stress of playing as Sonic (and things turned real stressful once you got around Hill Top Zone). And a solid Player 2 Tails really did contribute. Do you remember how awesome it felt when when you'd play as Tails and do something to save the f*cking day? It felt unbelievable incase you forgot. For Player 2, the whole experience was almost like being given some minor role in a movie that you were watching...I can't think of any other type of game that implements this whole "1.5 Players" idea in such a manner.

It was especially cool how the hero/sidekick dynamic managed to actually assume itself into the player's minds of the two players when they'd try to beat the game together. When you'd play as the Player-2 Tails, you really did feel like a sidekick: as Tails you would look for any small way to contribute while expecting Player-1 to have most everything under control without you. As Tails, you'd occasionally hit a switch or grab a zip-line that you weren't supposed, apologize to your friend, and then momentarily feel like a screw up and a burden (a dynamic you might imagine exists in Sonic and Tail's "actual" relationship!!!); and you'd always have to follow Sonic around, seeing as how the screen centered on him and you'd disappear if you moved offscreen.

And my f*cking God, remember how sad was it in Sonic 2 when Tail's plane gets shot down and only Sonic is able to make it to safety? I was devastated, although I'm sure I also laughed...heh, after getting killed like 800 times already, Tails' life comes to a close via fiery plane-crash. That seriously sort of bums you out, not having yer bro there as you have to take on Robotnick solo. But as Sonic finally beats the last boss, destroys Robotnick's sky base, and begins to plummet towards his death, how awesome was it when you see Tails in his plane (with sick new engines) fly in and rescue his buddy. "Thanks," Player-1 would say, "Any time." replies Player-2...memories.

Tails was the icing on the cake that was Sonic 2, and in the next two games, Tails just got better. Players would be given the capability to fly Tails almost anywhere in Sonic 3 and Sonic and Knuckles. This mechanic turned Tails into more than just a novelty; his ability to fly Sonic around allowed the duo to gain access to secret spots, evade stage hazards, and even find shortcuts to bypass large segments of certain levels. Tail's flying mechanic essentially took what would otherwies be a linear game and gave you some freedom to explore and invent your own path. 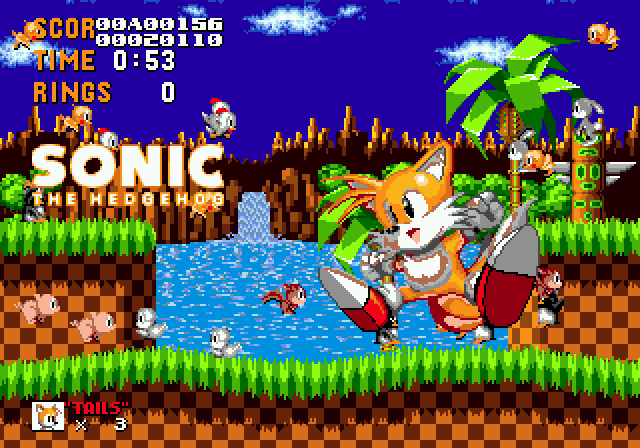 Tails is a staple of the golden age of Sonic, that's reason in and of itself to give him a free pass on the Sonic-friends list. Yeah, it would be cool if Sonic was alone like he was back in Sonic 1, but I'd much rather see a game that serves as a proper sequel to "Sonic 3 and Knuckles". The idea I saw adopted for Megaman 9, one of "lets make a retro-throwback game, but play it safe and borrow almost exclusively from the most popular game in the series (Megaman 2) and throw away what was established since (M-Buster and Sliding)" doesn't make the game feel like a proper sequel...and frankly, it's a cowardly play on the developers part. I was sad to see the M-buster and slide gone from Megaman 9, and I for one am hoping (and expecting) to see a little yellow fox and maybe red...ech-echidna?...show up in Sonic 4. Anyone know if Sonic CD is any good?
#Community
Login to vote this up!