You know what I love about the summer? The traditional videogame slump. I love the fact that during the summer I can weeks without having the need to plop down 60 bucks on some AAA title. You know why I love that?

So I can build my collection up of course!

I'm gonna keep the words to a minimum this time around because there will be pictures a plenty.

The first thing that I want to show everyone is this:

You may remember seeing something familiar in my last post (Awesome stuff from Funktastic) but this time it's FRAMED! Damn, doesn't that look sweet? Thank again Funk, I totally owe you one.

Now on to the goodies!

Following tradition I will start with something old then work my up, the first thing we have is:

NES Cleaning Kit I have no idea why I've been wanting one of these but I have and now I own one. Whoop dee doo.

My attempt to own every single damn Game Boy ever is slowly but surely getting there, here we have:

Yellow Game Boy Pocket (FIXED!, thanks Enkido) I'm only missing a couple of colors which I will hopefully have by the next post.


Now before we continue I need to say something to Funk, you are and will always be the ATLUS guy and I promise I am not trying to take that away from you. =)


With that being said;

Snowboard Kids 2 for the N64. This is the first of many ATLUS games that we will see in this post.

Here are a couple Nintendo handheld cases thrown in for fun;

Here are a couple more ATLUS games that I mentioned above; 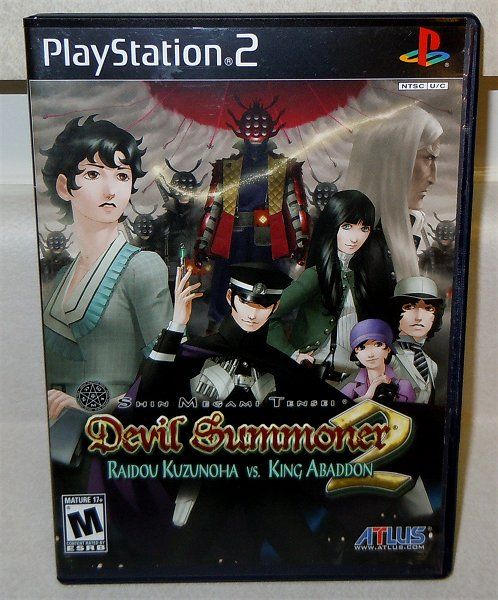 I've also been trying to grow my Xbox and GameCube collections, here some games that I came across;

That was it for the GC/PS2/Xbox stuff. On to something a bit more recent.

I was super happy when I found this next item;

Nintendo DS Browser - managed to snag it for under 10 bucks which made me happy.

The next few pics will be Nintendo DS heavy!

Rhythm Heaven & the AWESOME Dragon Quest IV (seriously, if you own a DS you need to play this, there is so much for everyone)

Deep Labrynth & Shin Megami Tensei Devil Survivor Deep Labrynth is still sealed and only cost $5.00 (F.Y.E had it on clearance).

Advance Wars: Dual Strikeand Spectrobes. I bought Spectrobes at GameStop during their current sale and it only cost me $1.32. I had to get it to go with the wicked stylus that Funktastic sent me.

Here's another I bought during GameStop's sale, Kingdom Hearts 358/2 Days & From the Abyss

I have no idea why I bought this next game, probably because it was only $5.00 at Toys R Us:

Anyone else here a Club Nintendo member? I always forget to use my points but this time I remembered!

Game & Watch Collection 1 Awwwww...they even sent a thank you card. So sweet.

Look what else I got from the Club!

I wanted the Mario poster set but it is currently sold out. I still have over 600 coins so hopefully they will get some more in.

I found this at Goodwill for a dollar:

I don't think i'll ever use it but for a dollar I couldn't pass it up.

It was a slow couple months for my PS3 collection;

My PSP Collection however fared much, much better;

Prinny. Can I Really Be The Hero? Special Edition

Ok, just a few more Xbox 360 games then this madness will be all over.

If you haven't played this yet you should;

Singularity So far it's one of my favorite surprises of the year. Singularity is a solid shooter which borrows (heavily) from various AAA titles.

Conan (because I lost my other copy), Zoids Assault and Spectral Force 3 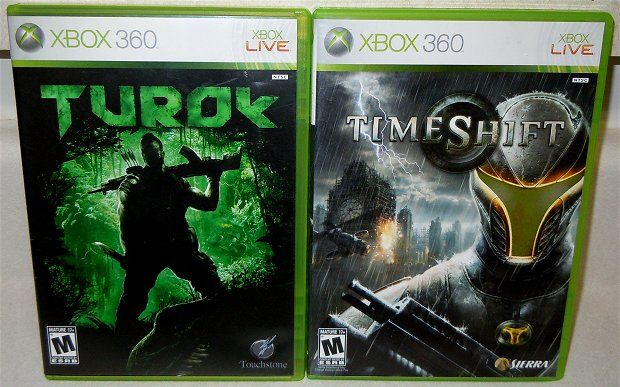 I bought these two just last week from GameStop since they had them marked down, WAAAY down. Turok & TimeShift were only $3.99 and will make for some good mindless fun in the coming months.

And here we have the last game of the post. It's an oldie but goody:

Gears of War. I picked this up as well from GameStop's deal for under $5.00. I had loaned my original copy to a friend oh about four years ago and figured I would never see it again so since the price was right I decided to pick it up again.

Well that's about it. I don't think I'll be making another post like this til the fall as I'm gonna take a small break on my collecting to focus on some other stuff.

Happy gaming and have a great night!

~ChillyBilly
#Community
Login to vote this up!