What can we take away from the Street Fighter x Tekken live demo? 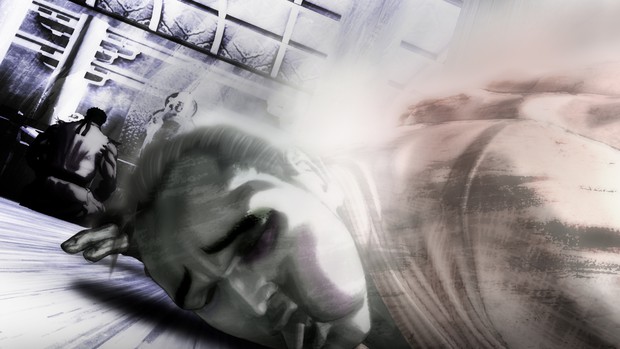 - Did I say Dan Hibiki? Yes, I did, he's my main in Super Street Fighter IV, and I never play a Street Fighter without him in it. The presence of Dan himself should make this a day one buy and pre-order for everyone.

- The stage the game was played on looks like some shit was going down. There was a throw back to Capcom with a Tekken Soldier looking from beneath a large Tokobot head. The destruction of the environment background is a throw back to Tekken's largely disastrous and urban environments.

- For those claiming Street Fighter dominance due to projectiles, it looks like the Tekken characters will be able to definitely handle themselves. Kazuya has a shoryuken-style uppercut and a vicious spinning low kick combo (kinda like Sakura's). This isn't the first time they've crossed over into enemy territory. Heihachi was in Soul Calibur 2 for the Playstation 2. Yoshimitsu is a staple character for both titles.

This is a very exciting time for fighting fans. This truly is a new golden age of fighters and a rebirth for the new generation. As a long time Street Fighter and Tekken fan, this is a dream game come true. I only have a couple questions unanswered so far as I type this. Will we have a "Tekken Force" mode with Street Fighter characters? Will Capcom do their own in the form of a Final Fight game mode? Will there be damage for characters hitting the walls via juggle? Will Street Fighter finally be faithfully created in 3D by the masters at Namco?

Stay tuned America, we're gonna be proving some axioms soon!
#Community
Login to vote this up!