Its time for our NARP recap! This weekend, DtoidSF attended the Distant Worlds concert as put on by the SF Symphony. Having gone to the concert last year, I was excited to see what new things they had in store. First of, there were a couple of new songs added to the show, most importantly songs from Final Fantasy XIII and even a sneak peak and music from Final Fantasy XIV! The other new part about this concert is that there were lots more performances with vocalist Susan Calloway, who sung Melodies of Life and other FF songs that have had words written for them. 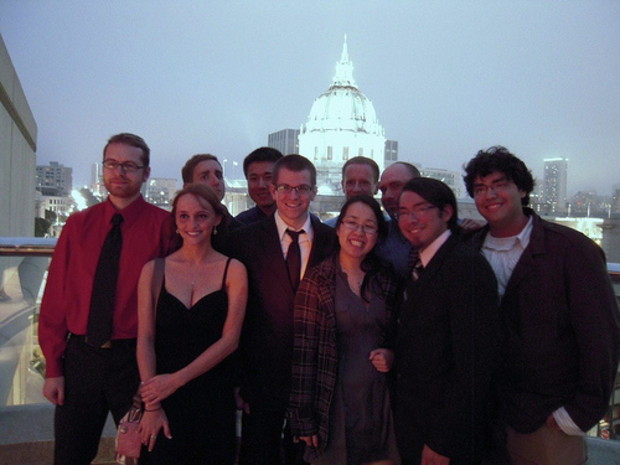 
The next day, was our joint Sunnyvale Arcade/house party NARP down in San Jose! It started out with meeting up at Sunnyvale Golfland! We played lots of Blazblue Continuum Shift and DJ Max Technika (I personally ruled house at SF4 with El Fuerte), before heading over to the house party at SlapYourMammy's place.

He had a great setup going for our house party. On the first floor of his place we had a projector screen set up for some Rock Band action, and on the second floor in his room, we had a TV playing old school retro games like Tetris Attack, Chip and Dales Rescue Rangers, and then switched over to some Tatsunoku vs Capcom.

While getting the audio set up, we decide to start the Rock Band anyway


Singing "Sunday Morning" by No Doubt

We also just enjoyed hanging around at talking about whatever...here is some footage of our impromptu DtoidSF video podcast!


After midnight, and after a couple (read: lots) of drinks, the few remaining DtoidSFers decide to go out and get burritos.


Anyway, if you missed out on these NARPs, dont fret! We will have more in the future, so make sure to get involved! You can join our Google Group. Facebook, or follow us on twitter! Hope to see you at the next NARP :D
#Community
Login to vote this up!