Is there a real difference between Xbox and Playstation these days?

6:58 PM on 07.17.2010 (server time)    0
What makes a Playstation and an Xbox different beyond the form factors of the consoles and the people who make them? Why is it still wrong for my Xbox to go out to get some coffee with a Playstation? Ooh, taboo you say! But, they both have 90% of the exact same titles. They all have the same number of buttons on their controllers in nearly the same locations. One rumbles more while the other waggles a little, but that's really it. It's like saying a Mac and a PC aren't the same. If you follow gaming on Steam, you'll see I can play my cousin Mac, on his Mac, in a game of Team Fortress 2 from my PC. Just cause I'm clicking Left Mouse, and you're hitting the Apple key in the same server, the world is not going to melt down around us.

I had a dream last night, where we lived in a world where little Xbox boys held hands with little Playstation girls and they all went to the same areas and played harmoniously in Modern Warfare 2. Sure, one screen said "Press RT to fire" and the other said "Press R1 to fire", but nobody cared.

I feel like this time of Nintendo vs Sega, Sony vs Nintendo, Microsoft vs Sony is coming to an end. The only people who win the console war is the guy in a suit with a Ferrari who signs the checks. I foresee a future where there will be one form factor for a console with multiple companies creating it with various auxiliary features for less money, just like DVD players are made today. The rising cost of gaming during this rough economy doesn't have people trying to buy a $600 system anymore. Look how much more Playstation 3 Sells at a price point more than half it's start value. 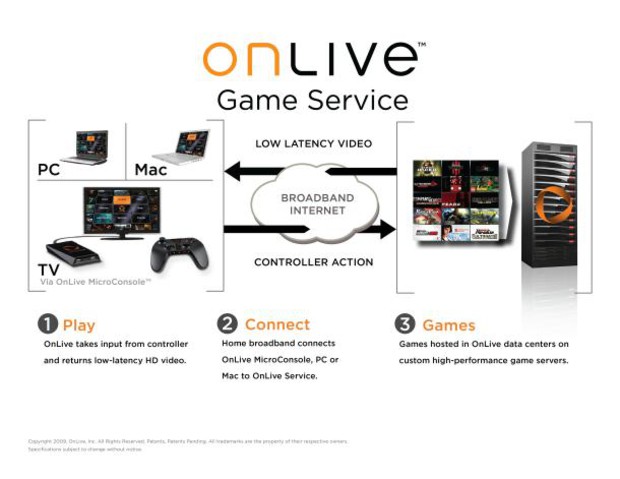 More importantly, the advent of cloud gaming is here. There are many naysayers who believe this will fall under, and I have my doubts that the service will be as good as they claim. But, in 10 years from now, maybe we'll look back at this time and laugh at our crappy internet connections and how we attempted such a feat over the internet way too soon.

America, fear not, for I am with you. I have seen the mountain top and it is good, but the valleys below rot with decay. Support indie developers, support fresh ideas, keep an open mind during these times of innovation, because without our support they will surely falter. Do we really want Bobby Kotex running our gaming lives? Vote no with your check books.

-Dameon Angell
#Community
Login to vote this up!