The Most Horrifying News I Have Ever Heard [NVGR]

7:50 PM on 07.15.2010 (server time)    0
[Disclaimer: This blog does not represent the views or opinions of Enkido as he exists in a sane state and he cannot be held responsible for the content expressed in this article. For real, the immortal commeth, and his emotions be as immovable as his unbeating heart. Also, cocks.]

Imagine this. I am comfortably laying on my couch, waiting for the oven to go off, signalling that the baked chicken I am making is ready, when a news report begins to air. Until now, the big news of the day has been the long overdue capping of the oil well in the Gulf of Mexico. It has been all good news so far. Then the familiar face of Brian Williams returns to the screen. The next statement eschewed from his mouth surprises me and I look up from my session of Persona 3 Portable to listen. The next words are those which send chills down my spine and freezes the blood in my veins.

Dick Cheney's heart has stopped beating... and he is still alive!

Yes that is correct, the former vice president and puppet master of the Bush administration does not have a pulse. Some would say that this is no surprise, and that many had assumed he had no heart to begin with, but this is different in that it is now not only figurative. All four of the major arteries leading to his black heart have been ceased to function. He is now survived by a machine, which circulates blood throughout his immortal yet frail corpse. 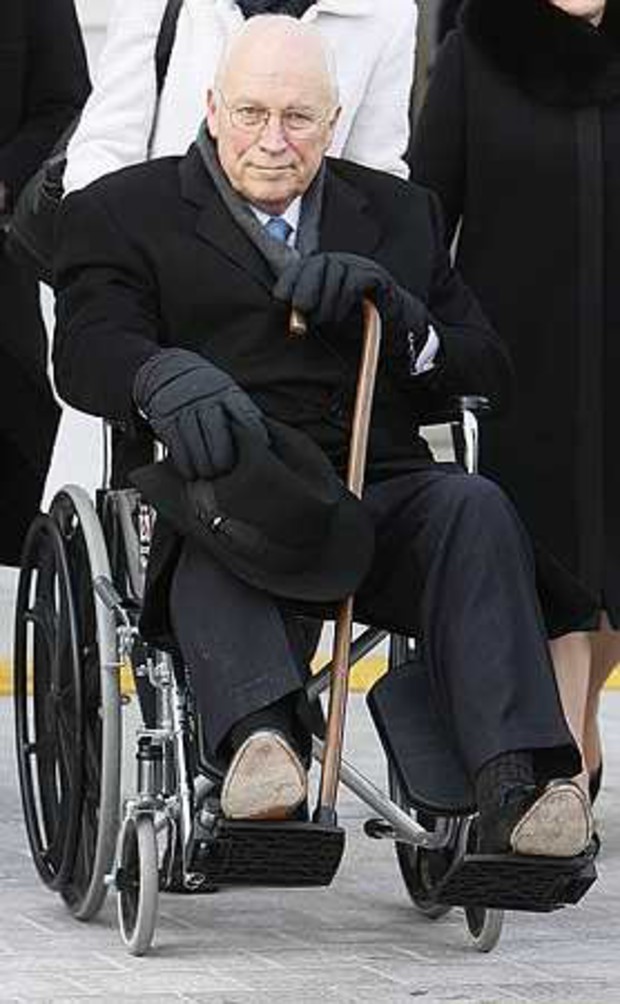 Here is a piece of writing describing the God Emperor... or Dick Cheney.

For more than a hundred centuries the Emperor has
sat immobile on the Golden Throne of Earth. He is
the master of Mankind by the will of the Gods and
master of a million worlds by the might of his
inexhaustible armies. He is a rotting carcass
writing invisibly with power from the Dark Age of
Technology. He is the Carrion Lord of the
Imperium for whom a thousand souls die every day,
for whom blood is drunk and flesh eaten. Human
blood and human flesh- the stuff of which the
Imperium is made.
#Community    #NOTvideogamesrelated
Login to vote this up!