3:07 PM on 07.10.2010 (server time)    0
Welcome to yet another edition of A Compulsive Collector’s Haul! Today we celebrate yet another milestone in my eternal collecting quest! I have hit 1,250 GAMES! Let’s let that settle in for a second . . . 1,250 GAMES! ONE THOUSAND, TWO HUNDRED, AND FIFTY FREAKING GAMES! o_O Holy hell! In reality, I actually surpassed that amount by a fair number since I’m still backlogged as hell in updating my collection file. I kind of arbitrarily chose which game would be my 1,250th, but it’s a pretty good one to fit the bill. Other highlights include some kickass stuff from Cash Converters, tons of AWESOME Dreamcast stuff from Goozex, as well as the MOST MINT item ever from Goozex, and just a crapload of games! Enough with the text, on with the show! 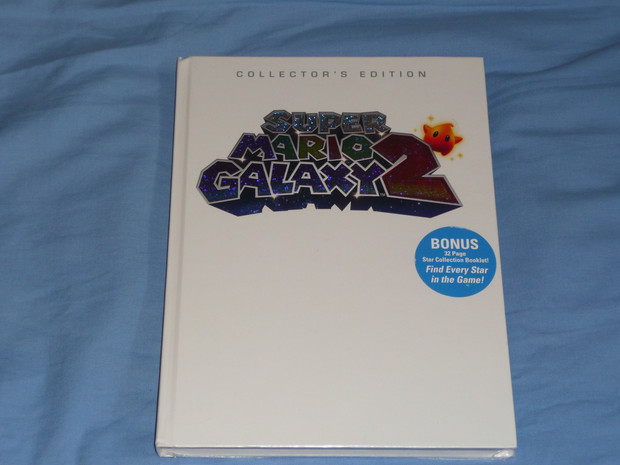 Also, I forgot to throw this picture in my last haul, as it is indeed a guide. I don’t own the game yet (not even the original! I know I’m a horrible person! >_<), but it’ll be around for a while, but we have here a Super Mario Galaxy 2 Collector’s Edition Guide. I’m still not a fan of Prima taking over the duties for making the guides for Nintendo published games now, as they don’t seem nearly as flashy or consistent as to when the Nintendo Power team were the guide writers . . . *sigh*

Well, holy hell! Over 1,250 games now, averaging 300 or so a year for the past 2 years, already pretty well on my way to 1,500, while having over 400 requests on Goozex (albeit a fair number just for box/instructions), and this doesn’t even include swag, promo items, and memorabilia that I’m even more crazy about. It’s a hell of a journey and commitment to me a collector my friends, but well, I guess the most important thing is that this is a hobby that makes me happy, and it makes me even happier being able to share it with you guys. Thanks. It’s going to be a console/hardware or super swag edition for my next post, so stay tuned for that. Until next time though, latez mates.
#Community
Login to vote this up!