3:35 PM on 07.09.2010 (server time)    0
Yes, I have a thing or two to say about violence in video games. But it might not be what you think. I'm not against pointless violence, for it can be fun. Nor am I against an unrealistic (or realistic at that) amount of violence. It is all in good fun, and as my brother would always say, "Its better I beat the shit of Donkey Kong with Link then go to the zoo and do it in person.". Well, thats not even close to what he said, but it would be funny if he had.

Violence in video games never influenced my life negatively. My brothers and I were horrific violent holligans without them. None of our real life violece was fueled by cartoon violence. Anyways, I'm not gonna get into that whole debate about liking D&D makes you a devil worshiper or playing video games makes you uncontrollably violent. I'm here to put to rest that Nintendo games, mostly Mario, are childish.

So, if you were asked who are some of the most violent video game characters, you might respond with Kratos or Marcus. Now, these are some terribly violent men, especially Kratos. There is no levity in that mans situation, and there sure as hell is a lot of blood. Now I've never played a God of War game, but I know enough about it to understand how brutal it is. However, I can name a Nintendo character waaay more brutal. He burns, freezes, crushes, slices, tosses, and cooks his enemeis. Yes I said cook, as in throws them in a pot of boiling water and adds a dash of salt and pepper. He'll shoot lazers at your face, and scream so loud your entire body explodes. And last, but most horrific of all, he'll swallow your entire body in one gulp. 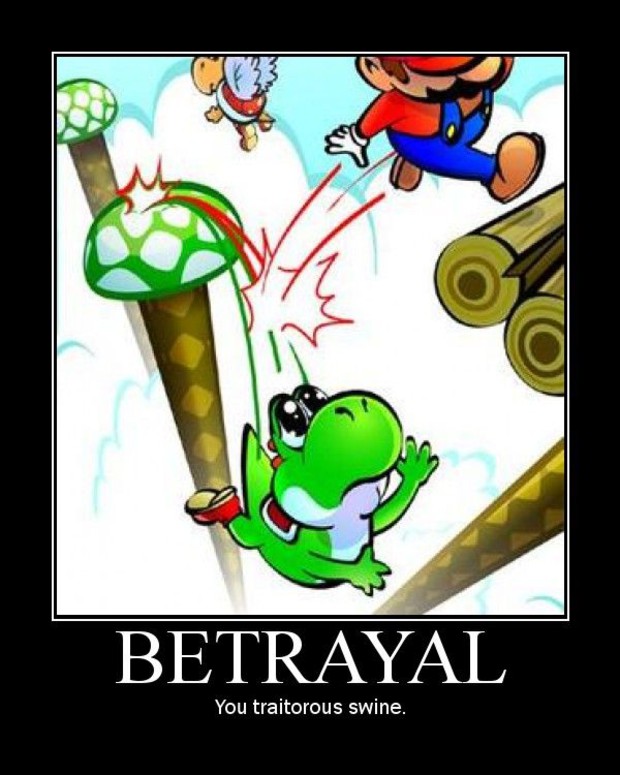 he is not a team player, he just wants to go get laid, and you'll be the one to die for it

So you can throw the idea that Nintendo games are childish, out the window. Because the charaters in these games were doing some of the most awful, violent things before the rest of the badasses.
#Community    #Rants
Login to vote this up!