Games I Art Thou Playing: End Of June Edition

9:49 AM on 06.29.2010 (server time)    0
Everyone's doing it! Why not you? I'm sure this isn't my first what the hell am I playing blog. I talk about what I'm playing in almost every blog I post but I'm thinking this will be the blog where I talk about every single game with a few minor exclusions due to never touching them again (here's looking at you Forza Motorsports 3 and Project Gotham Racing 4!) and talk about what I like and don't like. I'll try and keep it concise since there's a hefty amount of games here. 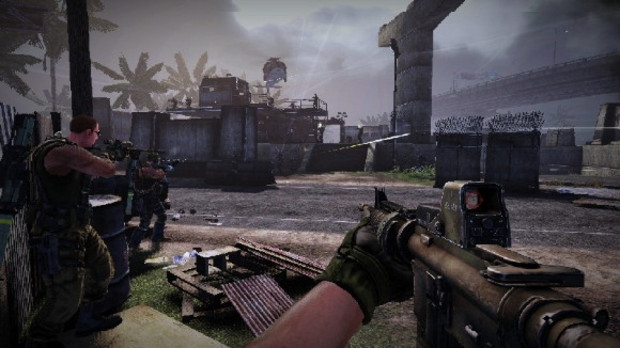 I've found myself drawn back into MAG recently. MAG will never be a game I can play constantly for hours on end, but it's been a nice alternative lately. I like being a helpy helpterton in that game so on Friday Night (Fight?) I joined Elsa and those gang of misfits in the D-Toid Raven clan for some FRAGO action. Serioulsy I medic'ed the shit out of WoodButcherDan and Clockwork Zombie, since my guy is basically a grunt and a field guy who shoots things and asks questions later. I also defused a bomb on our bunker once. Those were GOOD TIMES. I mostly play during the day so probably not alot of people playing MAG then, but whatever, you see me on the PS3 playing MAG and you're on Raven, join me.


Other games I am playing but too lazy to (or already have) talk about:

Next time I'm gonna talk about stuff that isn't a random clusterfuck of games I'm playing but infact about one thing. I promise.
#Community    #reviews
Login to vote this up!