Adventures in the Amazon Part Deux 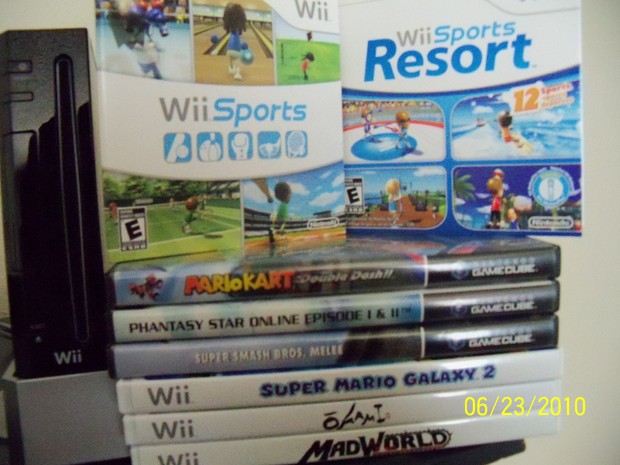 I forgot to include my 3 GameCube games in the group (money?) shot, so I decided to add them here.

Thanks for reading guys! Hope you enjoyed this post. I�ve got more coming real soon. So stay tuned!

Also, I�m definitely taking suggestions on what games I absolutely need to have. Besides the games you see here, what are some games that you would recommend? I�m currently only collecting games that are worth playing for the systems I own right now, so Xbox 360, Wii, GameCube, DSi (not some damn Imagine game).

I�ll also take suggestions on games for XBLA/Indie, WiiWare/VC, and DSiWare. Seeing as how I want to become a Video Game Designer, I want to play as many games as I can to get different ideas and whatnot.

Thanks again!
#Community
Login to vote this up!