Kingdom Hearts...A glance at the past and a glimpse to the future 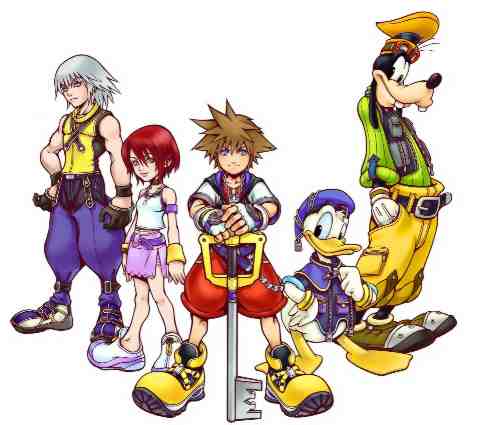 Ahhh...Kingdom hearts 1. Our love was meant to be. A great story with a great cast of characters. A kid looking for his lost friends, being chosen for the keyblade, going off the island in search of other worlds. Not too shabby. The game was full of magic, even though using magic in game was probably the least amount of time i spent. I remember trying to do everything the game had to offer, other than fighting sephiroth, which at that time, was an impossible feat for me. Getting the Oblivion keyblade was pretty great, along with that one keyblade that has a charm from Kiari on it (What was it called again...?) The game felt so....magical all the way up at the ending. And the ending cutscene with Sora and Kairi was pretty sad and emotional..The whole game was pretty amazing. The gummy ship, wasn't that fun or exciting, but the rest of the game did more than make up for it.

Then comes this one. Wasn't that bad, but wasn't that good either. It introduces Roxas, which wasn't really needed. It was nice to some, i guess. Then for the first few hours of gameplay, you're stuck doing pointless tasks such as hitting a ball in the air, knocking garbage into a box, and deliviering mail. No. Then after that long time, we get to Sora. Fast forward a bit. Sora starts to get new "forms" which allows him to do special things, such as wield two keyblades, and fire magic. Valor and Wizard were good, but Master and Final were a bit too "butt-raping". Really, you can let loose in those forms and destroy everything in sight, and the trick to reset your drive meter thing made it way too easy. Also, the storyline got bent and twisted out of control. Ansem isnt ansem but ansem is Xenohart and Xenohart's Ansem is wise. Say whaaaa? The 100-heartless battle was fun, till I realized that the Trigger Command let you butt-rape them there too. The Trigger Command isnt bad, but it's turning the game into even more of a button masher. Now if they established a god-of-war idea and let it be a sequence of buttons, that would be nice. But no. Fast Forward. The last boss battle. It was pretty good, till you take control of Riku. Then I was just like "WAIT NO. You introduce that in the last 5 minutes of the game and expect me to master it that quickly?" The Sephiroth battle was truly amazing, till cloud steps in, steals the spotlight and ends sephiroth into the dirt.

Chain of memories shouldn't have been a GBA game. Cause it was fun, but it was a card game. And worst of all, it started as a non-card game. So I could easily barf at the sight of it. But still, i played it cause it was a bit fun, but never really got around to beating it. Then the ps2 version came out. I was horrified by it. The graphics were better, there were voices, but it was STILL A CARD GAME. NO. NOT ON THE PS2. STOP BEING LAZY. NO. 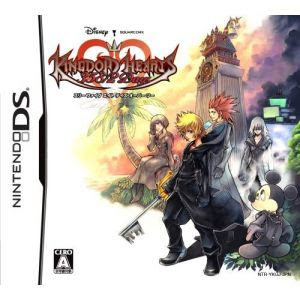 Roxas is the main character AGAIN. What happened to sora? I think we all like him better. He's the main, while Roxas can be like a side character. I mean, just look at it. Sora was first, and his becoming a heartless gave birth to Roxas, so boom. Instantly Sora is more important. Characters aside, the game isn't good or bad. The story of it all is another prequel which is starting to get annoying because you're supposed to make more sequels than prequels. Anyways, this game features a very long and annoying tutorial and choppy item holding- problems. Being limited to your boxes is really strange and not needed. Also, I was generally uninterested in this game seeing as the missions are repetitive and the fights are just not suited for a DS so graphically and physically inadequate.

ANOTHER PREQUEL WITH ROXAS AS THE MAIN CHARACTER. WHAT IS GOING ON?! WHERE IS SORA?!

Anyways, what bothers me most, it's now a prequel to the Original Kingdom hearts. And Roxas is there. If Sora gave birth to Roxas, then uhh...how's he there before hand? Either this is gonna be a major plot hole, or they'll have to bend and twist the story again to their advantage. I still havent played this because i believe it isnt out and I'm not in possession of a PSP. But now they're introducing new features like the "Command Board" And "Dimensions Links". I can only hope for the best.
#Community    #Rants
Login to vote this up!