JAWS: 35th Anniversary and Terror on the NES

9:09 PM on 06.21.2010 (server time)    0
Jaws, the first film to domestically gross over $100 million dollars and usher in the era of blockbusters that continues today with films such as The Dark Knight and Bangkok Dangerous. This past weekend marked the film�s 35th anniversary. And there is no better way to pay homage to this watershed film than to play its 1987 video game developed by Westone and published by LJN for the Nintendo Entertainment System.

I have vague memories of the game; mostly of my friend telling me it was great. Said friend, �Its hard as shit and I only beat it once in college, one of my most proud days.� While some critics say the game is based off Jaws: The Revenge (the fourth film in the series starring Michael Caine), I would point naysayers to the game�s box art, which does not feature the words �the� or �revenge� anywhere in its borders. 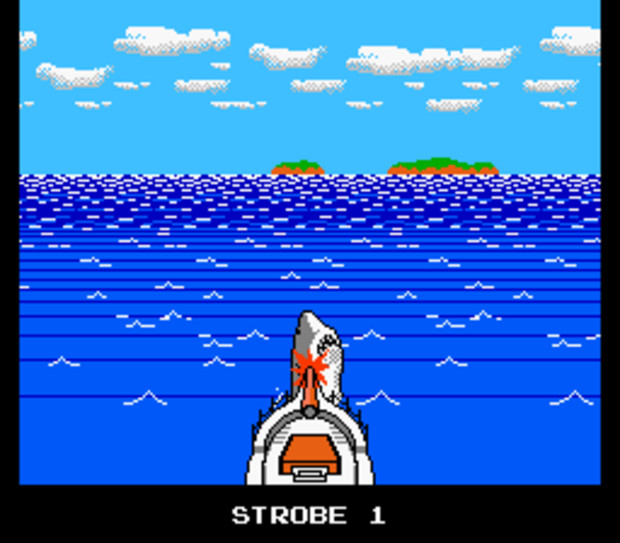 The terror is over, but who is the true monster?

END OF SPOILERS FOR JAWS FOR THE NINTENDO ENTERTAINMENT SYSTEM.

Do not take this as a tribute, but as a warning. Steven Spielberg created an opus that wrecked swim lessons for years. Jaws for the Nintendo Entertainment System ruined lives.
Happy Anniversary Jaws.
#Community
Login to vote this up!