Then they made it work without glasses. That's nice and all, but I'm digging the graphics boost more than the 3D. Really, they could just take the 3D out of it and it'll still serve a better purpose than the DSiXL. If you haven't already, check out this site. IGN did a comparison between the DS lite's graphics and the 3DS. And I'm loving it. But I'm not really gonna take the screenshots from nintendo's website because they probably made the games look a lot better than they really are. Also, I have high hopes for the graphics because some DS games are just unattractive because of how graphically unpleasing they are. Burnout, for example, just has you crash and you become a bunch of random pixels.

The comparison, DS vs. 3DS. 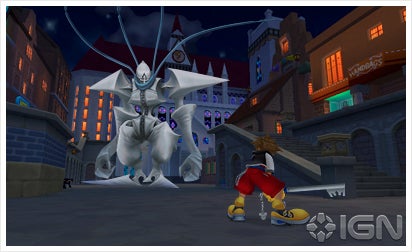 Anyways, Portal 2. I know there's a whole army of people waiting for this game, and I'm right there with you. I spent at least of 20,000 of my youtube views on Portal 2 teaser. But then again, how could you have not? I like portal a lot because it is probably the game closest to perfection, which I've never said before in my life. Final Fantasy X, for example, is my favorite game of all time and yet I still wouldn't say it's near perfection. Portal has excellent writing, outstanding gameplay, beautiful graphics, a nice selection of music/ sound effects. The one thing it doesn't have is a long enough gameplay time. So hopefully portal 2 fixes that.

Also, yesterday i went to go see Karate Kid, and right before it, I heard someone on the radio said it was a lot worse than the original Karate Kids. But you can't say that. The previous, and the newer karate kids both aim for a different feeling because the other ones were pretty retro, old, and classic. But the newer one really aims for a modern setting. It's like Potatoes and French fries. They're made of the same ideas, but they aim for a whole different purpose. And both are quite good. Karate Kid was pretty good, I enjoyed seeing it, but it still can't top Iron Man 2.

(Also, for those of you who hated my last blog, I hid it for ya. Sorry about the inconvenience._)
#Community    #Rants
Login to vote this up!