I have to say I was kind of disappointed with the c-blogs this week. There were some damn fine examinations on E3 and I know it's a lot of information to process at once but wow, a lot of filler. Now that the E3 hullabaloo is over, let's get back to rocking it hard.

Occam's Brain: Rocking it hard? Really? What are you, in a Mountain Dew Commercial?

Occam: I've slept like 10 minutes this week and it's a 102 degrees with the heat index and holy shit I own so much crap. Let me do the dew here for a minute and just go with it.

Occam's Brain: You know the way father looks at you when you show him you latest nativity scene purchase from the Goodwill? It's because you are weak.

Occam: I am going to huff so much canned air after I get done moving tonight.


Remember the Wuzzles? No? Then you either read books as a child or were born in 1990. However, if you do remember that show then do you remember the bee/lion wuzzle? I always thought it was a Mexican. Don't know why. Maybe I'm a racist.

This week I got to drive an old cargo van for work. It was wonderful. The thing drove like an epileptic tank and the back of it smelled like tears, aftershave and frosting. The radio display didn't work so when I finally got it to pick up a station, I left it there. It was something like 107.7 the TYGER or some shit but it was music so I was went with it. However, things took a dramatic and brilliant turn when the station played With or Without You by U2 which is perfect "driving a creepy death van" song. Then Dishwalla's opus Counting Blue Cars came on. My smile was a ferocious, cutting thing. Then, gentle readers it happened. [url=http://www.youtube.com/watch?v=WMPM1q_Uyxc /]Rhythm is a Dancer[/url] came on. I literally screamed. I began furiously punching the ceiling which almost caused me to crash into a Prius (which would have been awesome). I gained control of myself and spent the next few minutes living in sonic glory in my creepy death van.

By the end of the journey I had grown to love my creepy death van and I knew from the horrified looks on the faces of people in other cars that my eyes were shining like black diamonds. If I ever become homeless (a likely possibility given my inability to interact with modern society) I will find a creepy death van and live in it, warm and safe in the metal womb of my hellish chariot. 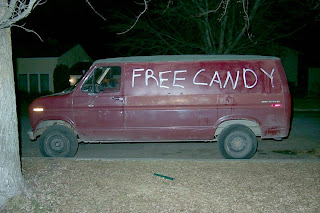 In the grand realm of E3:

Microsoft brought in Cirque du Soleil to tell me that they were launching their own version of the Wii and had apparently lost their goddamn minds. 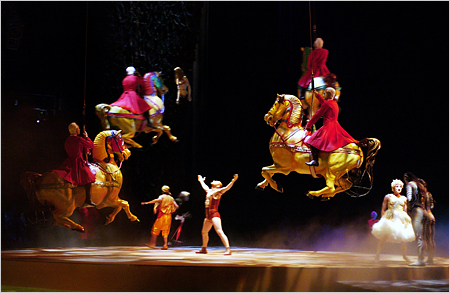 Sony kept is low and slow but showed enough meat to keep me interested. New Twisted Metal brings back fond memories and hope and Portal 2 was a welcome surprise. Granted I'll probably just rent Infamous 2 and Killzone 3 but hey, I'm playing so I must like something, right? Though the whole jetpack thing in Killzone 3 is kinda meh to me. Rocketeer did it first and best, bitches.

Then there was Nintendo. My old friend. I had almost forgotten about you. Then you went and shot ropey streams of nostalgia all over my face and gave me the 3DS which may be the closest thing yet to giving me this:

Also, an actual real life proper fucking Starfox game. And another Kid Icarus. Jesus, all those drunken "I wish this game existed" late night game chats are finally coming true. Good times. My feelings can be best summed up by the gif Covah so poignantly used:

But really the big three showed us new/old/new games and while I am hesitant to praise Kinect and Move and all that, I am very excited by the potential of what they can bring to the table. I think as gamers we have a lot to look forward to. Oh and the lack of Last Guardian irked me.

So yeah, this week has been exhausting but enjoyable. As soon as I leave here I get to go move more of my shit for a few hours before collapsing on the couch to watch Golden Girls reruns on Lifetime until the urge to piss overrides my screaming muscles. 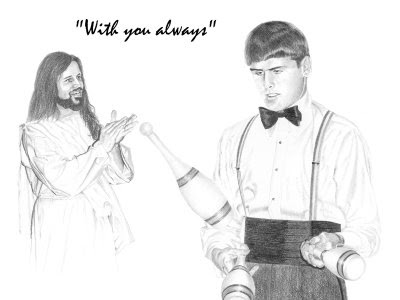 Hope all of you have a pleasant weekend.