8:27 PM on 06.16.2010 (server time)    0
Portable gaming has had a stigma of inequality to console gaming since its inception. That evalutation is not unfounded. Small things that fit in your pocket just can't be expected to be as powerful or immersive as big things that connect to your TV.

First: This isn't about the technical specs of the 3DS, or why its so much more awesomer than PSP or as powerful as Wii or whatever else is being prematurely spewed about the device (which only exists in prototype form as of this writing). No its about something much more personal. Its about the first game system I ever owned, that was truly mine.

See, I have an older sister. Nine years older. So when I was a lil seven-year-old she was 16 working her first job at McDonalds. Even though my family didn't have no poppa and didn't have no money, she was allowed to spend her pay as she saw fit. I guess my mother thought that would teach her responsibility. Thankfully, it didn't. Instead she went out straight away and bought a Sega Master System and a NES.

So I grew up around video games, but my access was restricted. I was the hanger-on, the bratty little brother that was allowed to play at my sister's whim, or when I was babysitting my niece that came two years later. By that time, my sister had moved in with her boyfriend, and took the game systems with her.

That's not all she took. The TV - the only TV in our house - was a birthday present to my sister from my grandparents. Yes, she did. The TV went with her, and with my mother unemployed there wasn't one to replace it for three years. Three. Long. Years.

The only bright spot in all of this came in the form of an act of mercy by my mother. She decided to splurge on me, to allow me to spend some of my child support money on something unessential. I could buy whatever I wanted within a $100 budget. I didn't even have to think about it. It was 1990, and for the past year I wanted one thing so bad I could taste it. Y'know besides a cohesive family and lots of food and name brand clothing. The one thing I wanted was a Game Boy. And I got one! 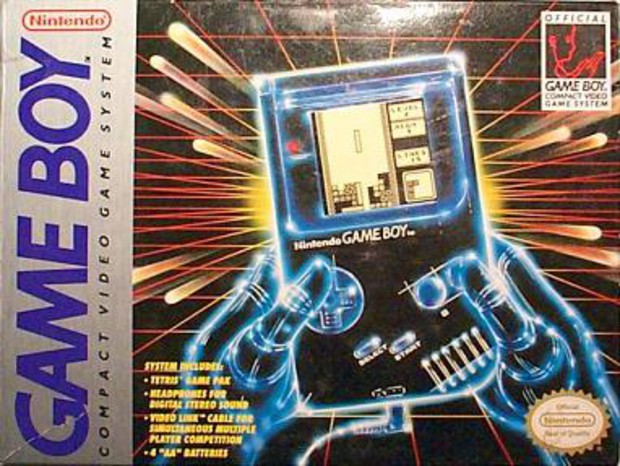 Thanks for reading.
#Community
Login to vote this up!

Dynamo Joe is the coolest military-use mecha to not come out of Japan. However, it is a fictional character from a bankrupt comic company, and therefore not me. Did you read my username? If you did, I just lied to you. But that's OK, because I like video games. I especially like retro gaming, which (embarrasingly) means playing games from my childhood that I'm too old to play. My reflexes have slowed and I am filled with a white-hot unholy rage by them, but the warm glow of nostolgia inebriates my twitching ego and I keep playing. Actually what I am 'playing' is the childhood I never had where my family could afford such experiences and I am a well-fed ten-year-old playing Double Dragon with a loving father and a big dumb-ass smile on my face.

Of course, I could still be lying.

This is me: Action, adventure, RPG, 2D(ish) fighters, platformers, arcade racers, occasional puzzles and anything unique, artsy or japanesey. And Batman. And robots. And green. I like green.