I am making a game that you play with your hands and/or fingers. 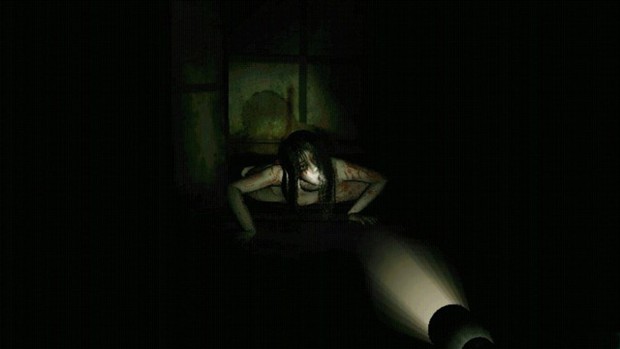 This is not the game, but wouldn't it be great if it was.

It is a game involving pictures that move when you press buttons on the keyboard. It is a game with dark things and possibly whimpering if you're fearful of pixels. It is a game you play on the PC, or maybe the Mac if you have that one thing installed where you play games on the PC but you're actually on a Mac which is owned by Apple. While I enjoy the taste of a fine apple, I'm incapable of putting games on it and so must put games on very small, soft things.

When will this game be finished? I have absolutely no idea. It's but one small thing I'm doing sitting next to other small things I'm doing amongst several other larger things, so at times it can be pushed aside, forgotten about, and even sat on like Aunt Henrietta did with Mr. Smeggins. His love of nestling himself within the warm crevices of sofas lead him to the warm crevice of death and old-lady bottom.

I've created most of the game already, which isn't much of a feat if you ask me. The logistics and general mechanics are set, but when it comes to visuals it resembles a large piece of dog turd sitting amidst the tastiest salad you've ever experienced in your life. Being much more of an artist than a game maker, you can say my pride feels as bad as Mr. Smeggins. But the game will definitely look much better later, once I know everything else works fine and peachy.

So, let's get to the point of this post. I have an alpha version of the game online and ready for testing. It only took a minute to upload it. Really. It's not a large game at all. Though it might grow larger once I update the graphics. Anyway, the first four people who comment on this post will get to test the alpha. Just say something about wanting to play it...or something (posts that don't say something about wanting to play will be disregarded when it comes to the "four first posters"). My my, don't you feel special? The correct answer to that should be "Who the fuck are you and why should I care about your damn video game?" My answer: "VIDEO GAME."

I'll send you a PM with the file, as well as the password to the file. Like many other games in their alpha stages, sending it to thousands of other people is a shitty move. I can't stop you, but I can ask you nicely not to do it. Please. Don't be a dick.

Things you'll need to look for:
- Bugs, glitches, etc.
- Issues with mechanics (maybe you dislike the control system, etc)
- Emotions you went through.
- What does the game say to you?

Things you don't need to look for:
- Why the graphics look like smegma.
- Why I didn't use some hardcore coding software (C++, wah wah waahh)
- Breasts (It's hard not to search for those, I know. I've had trouble myself).

Do not comment here with the results of the test. Reply to my PM instead, or email me at MrManicMaverick [at] gmail [dot] com.

Enough time has passed, and I've gotten tests from a few other people outside of Dtoid, so I'm closing this here thingy. It isn't like I was getting a hundred comments or anything, anyway. Guffaw. Big thanks to the two I got/am getting to play the alpha.

Again, I'll release the game in full once I add a few things and give it a complete graphics overhaul. The 8-bit will be no more, replaced with hand-drawn work.

Boom.
#Community    #Indie
Login to vote this up!